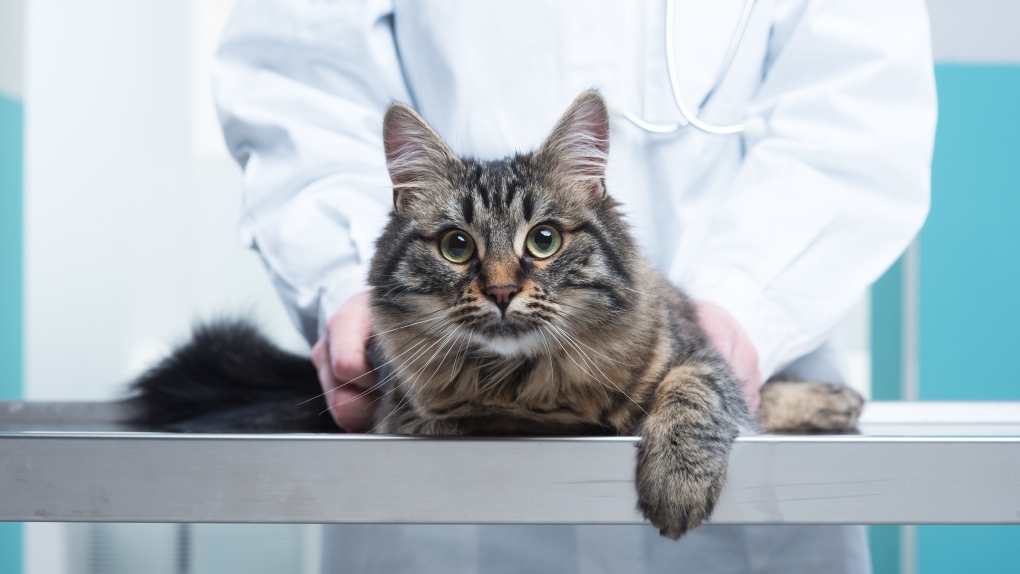 A cat is seen at the vet in this undated stock image. (Shutterstock)

A Metro Vancouver pet owner won't get all of her money back after being billed for veterinary care she didn't approve of while her cat was in an animal shelter.

A civil resolution tribunal decision posted Thursday outlined a dispute between the owner of a cat named Zuki and the City of Coquitlam. The tribunal heard that Zuki went missing last September and a member of the public dropped her off at the city-run animal shelter.

"Shelter attendants immediately brought Zuki to a private veterinarian for an examination," tribunal member Micah Carmody wrote in his decision.

According to an affidavit provided by the shelter's animal care supervisor and cited by Carmody, "Zuki was dehydrated, showing leg weakness, and overall frail."

"In the (shelter) attendants’ judgment, Zuki needed a veterinary examination," Carmody's decision said. "They arranged for that service from one of Coquitlam’s contracted veterinarians immediately. Veterinary records show Zuki was given an exam, X-rays, a fluid bag and medication."

The cat was brought back from the vet to the shelter where she was picked up by her owner, who had to pay the vet bills before retrieving the cat. Not long after, Zuki was put down by her regular vet.

She paid the bills, but Zuki's owner argued the cat wasn't in distress or in need of urgent vet care, saying she "was just elderly."

Zuki's owner also argued the shelter should have released the cat right away, when she called the day her pet went missing. However, Carmody said, shelter records show Zuki was already at the vet when her owner called.

She decided to file her complaint with the CRT to get back just over $384, which she paid to the shelter.

She did acknowledge, however, that one of Zuki's legs didn't work well and that the senior cat didn't often stray far from home.

"Given the evidence that Zuki was picked up some distance from her home, had a bad leg, was elderly and was euthanized shortly afterward, I find that Zuki likely appeared to be in distress," Carmody wrote, saying his decisions were made using a balance of probabilities approach.

"Shelter attendants are not veterinarians and cannot be faulted for referring Zuki to a veterinarian immediately in the circumstances. Indeed, failing to do so may have been a breach of the duty of care."

Carmody wrote in his decision that City of Coquitlam bylaws permit an enforcement officer to seize and impound "any animal found to be 'at large,' or that appears to be suffering or in distress." The bylaw also says the owner of an impounded animal can reclaim their pet by showing proof of ownership and paying any impound fees, custodial charges and vet bills.

Zuki's owner was ultimately awarded just over $75 from the City of Coquitlam.About $14 of that was to cover a veterinarian over-expense that was never reimbursed to her, for a pain medication that was no longer needed because Zuki was put down. The rest covered part of her CRT fees and pre-judgement interest, which, even though she was denied her full claim, she was awarded because of the $14 reimbursement.