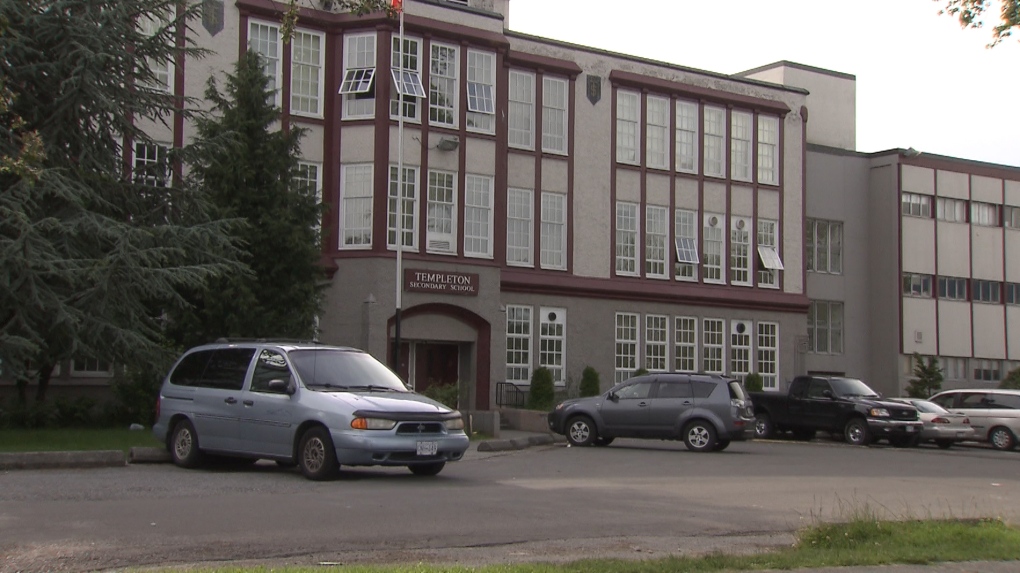 VANCOUVER -- A single case of infectious tuberculosis has been identified at Templeton Secondary School in Vancouver.

Vancouver Coastal Health said all staff and students at the school were notified on Dec. 5. Most of them were not exposed and will not require screening, according to the health agency.

“We are not providing further details about the individual case because of privacy reasons but there is no ongoing risk to students, staff or visitors,” said a statement from VCH.

The health authority said it’s working with the Vancouver School Board to identify staff and students who might have been exposed and need to be screened.

“Screening all exposed staff and students at Templeton Secondary School will allow VCH to identify anyone who did become infected so they can be offered treatment with antibiotics,” said the health authority.

TB is spread when someone with the disease coughs or sneezes, and droplets containing the bacteria are released into the air.

People can become infected if they have close and prolonged contact with someone who has TB. But the majority of people who are exposed to TB do not become infected and can be treated with medication, according to VCH.

TB is an infection caused by bacteria and mostly affects the lungs. It is spread through the air and is the world’s deadliest infectious disease, according to the B.C. Centre for Disease Control.