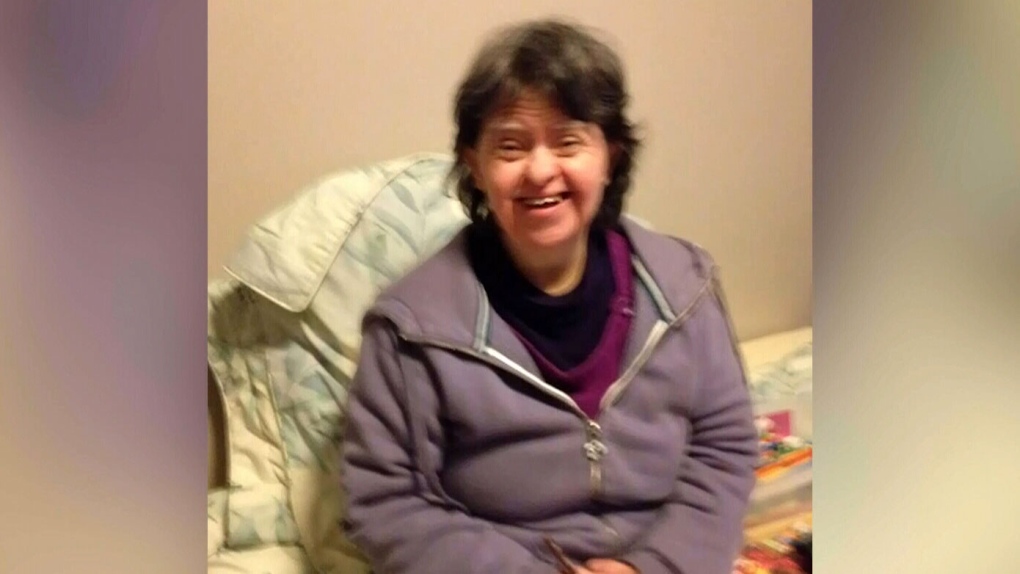 Florence Girard is shown in an undated photo provided by her family.

VANCOUVER -- A caregiver charged with starving a B.C. woman with Down syndrome was expected to make her first appearance Monday, but didn't show up in court.

Astrid Dahl is charged with criminal negligence resulting in death. She has denied the charges.

She was expected to appear in court, but didn't show up on Monday. Her lawyer said he was just assigned the case and believed she'll be in court for the next scheduled appearance, on March 26.

The Crown declined to discuss the fact that Dahl did not appear.

Family and friends of Florence Girard, who died in 2018, were in court to show their support. Girard died in the care of a woman who'd looked after her in some capacity for nearly three decades.

Non-profit society Kinsight, which oversaw the home-share at Dahl's, is also charged with failing to provide the necessaries of life to Girard.

With files from CTV News Vancouver's David Molko in court