Car crashes through windows of Burnaby building during rush hour 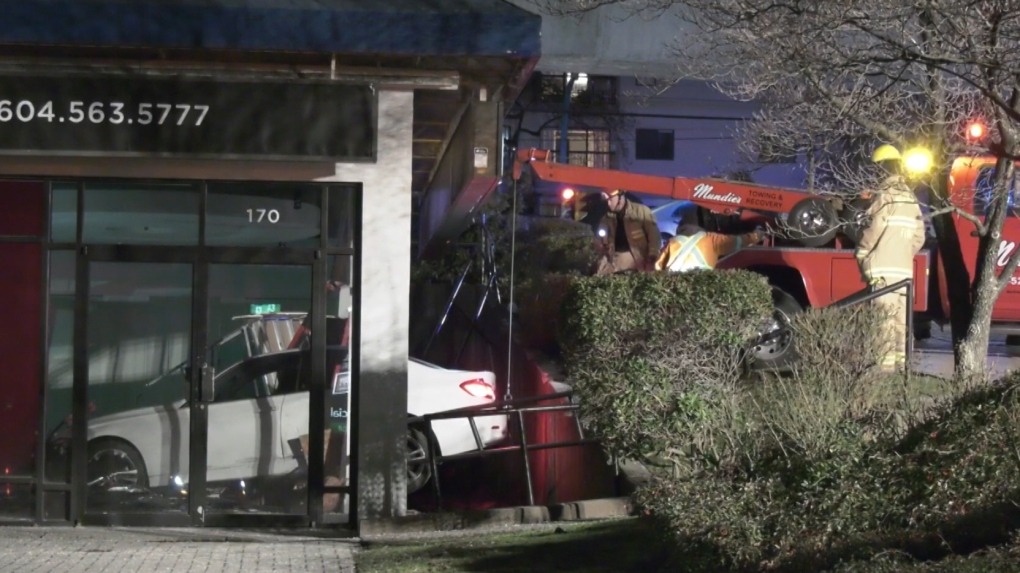 A white BMW crashed through the windows of a Burnaby building Thursday.

VANCOUVER -- Fire crews say it's lucky nobody was injured after a driver lost control of their vehicle and crashed into a Burnaby business during Thursday's rush hour.

According to the fire department, a car heading northbound on North Road jumped the sidewalk and went over a retaining wall.

The white BMW then crashed through the glass windows of a building and into a wall inside.

Shaun Madigan, captain with the Burnaby Fire Department said nobody was in the building and no pedestrians were passing by at the time.

"It was really good that nobody got hurt," Madigan said.

The car was towed away and the two people who were in the car left the area without injury.