Car crashes into hydro pole in Langley, shearing off its base 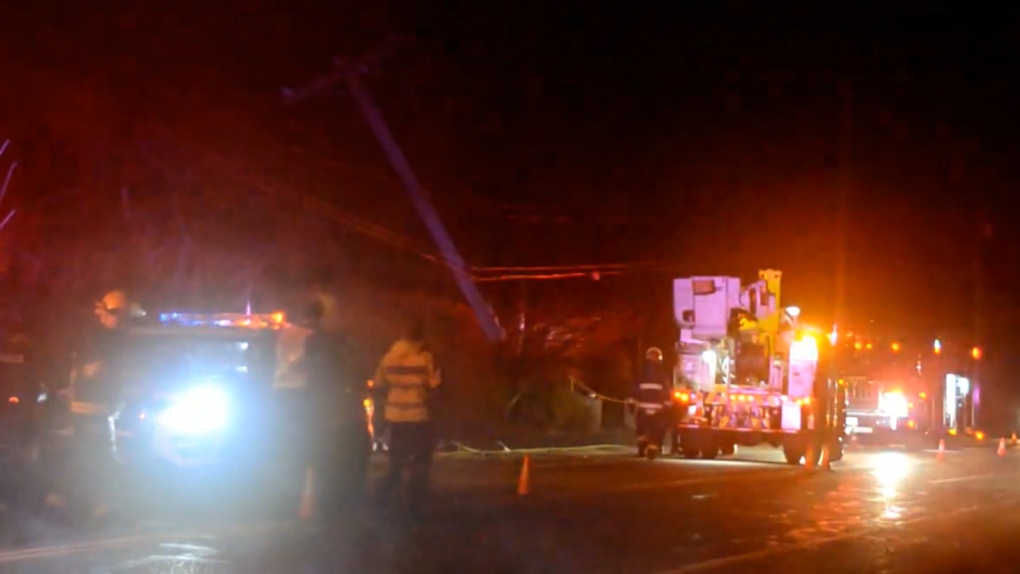 A hydro pole is seen dangling as emergency crews responded to a vehicle collision in Langley on Feb. 17, 2020.

VANCOUVER -- Mounties in Langley are investigating a vehicle incident after a car crashed into a hydro pole, shearing off its base.

Emergency crews were called to the Brookwood neighbourhood along 40th Avenue at about 8:30 p.m. Monday.

After hitting the hydro pole, the car came to a stop several metres away. With its base torn off, the hydro pole was left hanging on the lines overhead.

No injuries were reported and the it's not yet known what led to the collision.

About 50 BC Hydro customers lost power as a result of the collision, but power was restored at 4 a.m. on Tuesday.