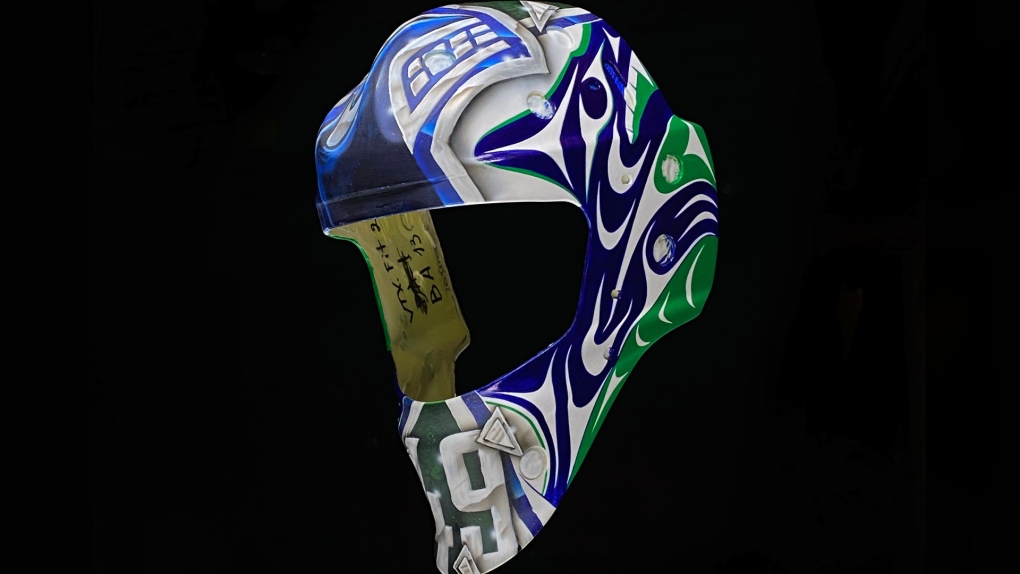 VANCOUVER -- A Vancouver Canucks goalie who drew criticism last month for his choice in mask design will be sporting a new look, the team revealed.

The design is a collaboration between mask artist Dave Gunnarsson and Coast Salish artist Luke Marston.

It was inspired by the legend of orcas and wolves transforming into packs and hunting on land and at sea.

Holtby apologized last month for another mask designed by Gunnarsson that was inspired by Indigenous art and criticized for appropriation.