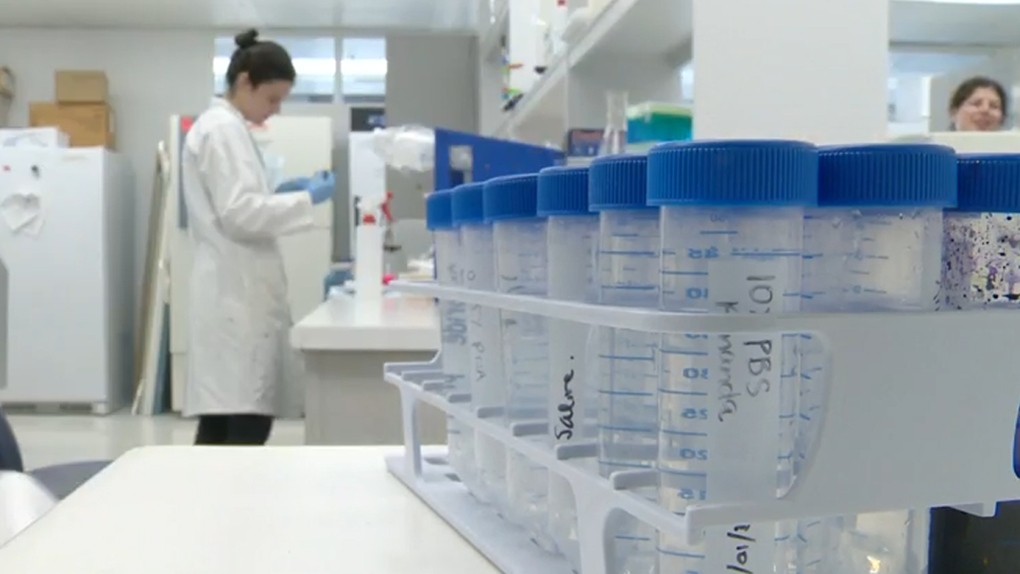 Researchers who have estimated future rates of 30 different types of cancer hope their study serves as a road map for policy-makers to introduce prevention programs that would help Canadians reduce their risk through positive lifestyle choices.

VANCOUVER - Researchers who have estimated future rates of 30 different types of cancer hope their study serves as a road map for policy-makers to introduce prevention programs that would help Canadians reduce their risk through positive lifestyle choices.

The study, which included epidemiologists and experts in environmental and occupational exposure to carcinogens such as asbestos, says as many as four in 10 cancer cases could be prevented by not smoking, being physically active, maintaining a healthy weight, having a nutritious diet and practising sun safety - the top five actions to decrease burden of the disease.

The Canadian Cancer Society, which funded the study, said failure to act on the findings published Wednesday in the international journal Preventive Medicine would lead to almost 60 per cent more cases of preventable cancer cases by 2042.

By then, the number of cancer cases due to excess weight would nearly triple, from 7,200 to 21,000, with people in that category at risk for at least 11 different types of the disease including breast, colorectal and esophageal cancers, the society said.

Christine Friedenreich, a co-principal investigator among 10 main researchers, said the results of the Canadian Population Attributable Risk of Cancer study point to the need for initiatives by all levels of government.

No single policy will solve the complex and growing incidence of excess weight and obesity, but targeted approaches such as on childhood obesity and anti-stigma programs could be part of an overall strategy, said Friedenreich, scientific director in the Department of Cancer Epidemiology and Prevention Research at Alberta Health Services.

“This is the first time in Canada that we have such a comprehensive study where we can actually quantify exactly how that burden could be decreased at a national level,” she said.

The study analyzed national population data from 2015 to determine how many people are projected to be at risk of developing certain cancers by 2042 if no preventative action is taken.

Measures to get people more physically active and healthy could include more spending on public transportation, Friedenreich said.

The Canadian Cancer Society has also advocated for introducing labelling on the front of food packages, restricting marketing to kids and introducing a manufacturers' levy on sugary drinks.

The society praised Health Canada's announcement last week that cigarette packs will have to be plain and dark brown by next November in order to drive down the use of tobacco to five per cent by 2035.

Part of the study said tobacco use is the leading preventable cause of cancer, followed by excess weight.

Smoking-cessation programs are available across the country, including through the society and the Canadian Lung Association. They vary across provinces, from counselling by phone to online information and support groups.

The BC Lung Association runs a provincially funded program called QuitNow, which includes a live-chat connection with so-called quit coaches who can also be accessed on a toll-free line and a customized online questionnaire that provides information such as how much money someone could save by quitting.

Chris Lam, the association's CEO, said a toll-free text-to-quit number is also available. It uses artificial intelligence to reply to questions from people seeking support, perhaps before they're about to pick up a cigarette.

“Based on their profile and based on predictive language the text-to-quit program will text them back things like, 'Perhaps you should go for a walk or talk to your family or friend,' ” he said.

Those with a strong urge to smoke can be further prompted to call another line so they can be talked through a tough time by focusing their attention elsewhere, Lam said.

One of the most popular aspects of the online program includes a forum where people find support through community.

“They see one story about someone who's quit for a number of years and they immediately almost all want to chime in with their own quit stories and their struggles and their successes because they really do see that as a community where they can share, where they're not stigmatized,” Lam said.

However, he would like the success rate of the program to increase beyond 27.5 per cent.