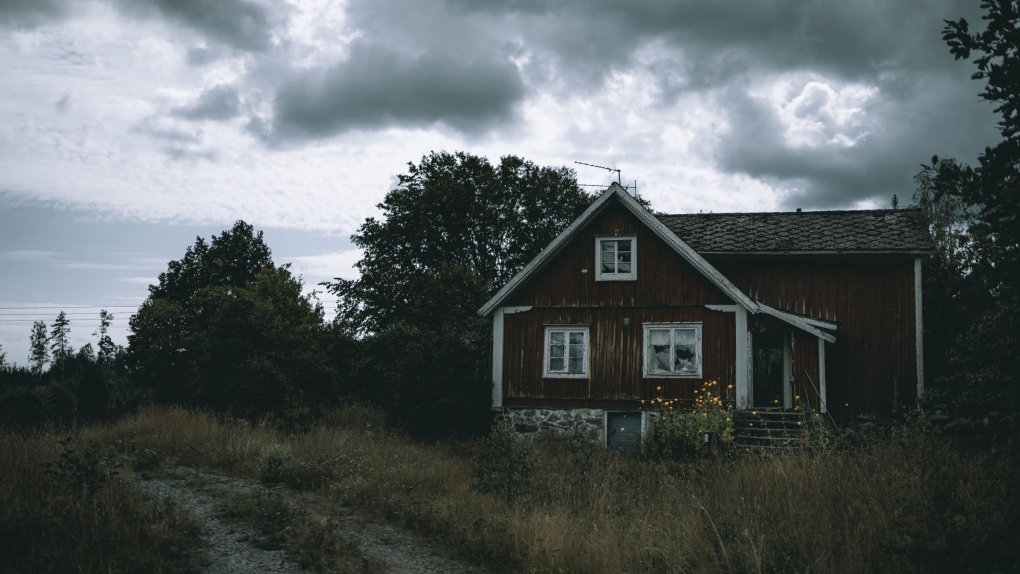 Women in Canada are more likely to believe in haunted houses than men, a poll has found. (Shutterstock)

VANCOUVER -- Women in Canada are far more likely to believe in paranormal activity – including haunted houses and communication with the dead – than men, a new survey has found.

According to results from a Research Co. poll released Wednesday, there is a "sizeable gender gap" in belief. For example, 40 per cent of Canadian women polled said they believe in haunted houses, or buildings inhabited by spirits of dead people, compared to 25 per cent of men.

As well, just under 40 per cent of women believe in clairvoyance, or getting information about an object, person, location or event through extrasensory perception. Only 22 per cent of men believe in the phenomenon by comparison, the poll found.

About one-third of Canadians – both men and women – believe in mediumship, or the communication between living human beings and spirits of dead people. About 60 per cent of Canadians polled said they don't believe in the paranormal communication, while the rest weren't sure.

The poll was conducted to also assess Canadians' engagement with astrology. In that case, results suggest Canadian women are also more likely to pay close attention to astrology than men at 40 and 30 per cent respectively.

Nationally, about one-third of Canadians say they "definitely" or "probably" believe in astrology, the poll says.

Results from the survey were gathered through an online study conducted between Dec. 2 and Dec. 6, 2019 among 1,000 adults. The margin of error—which measures sample variability—is plus or minus 3.1 percentage points, 19 times out of 20.