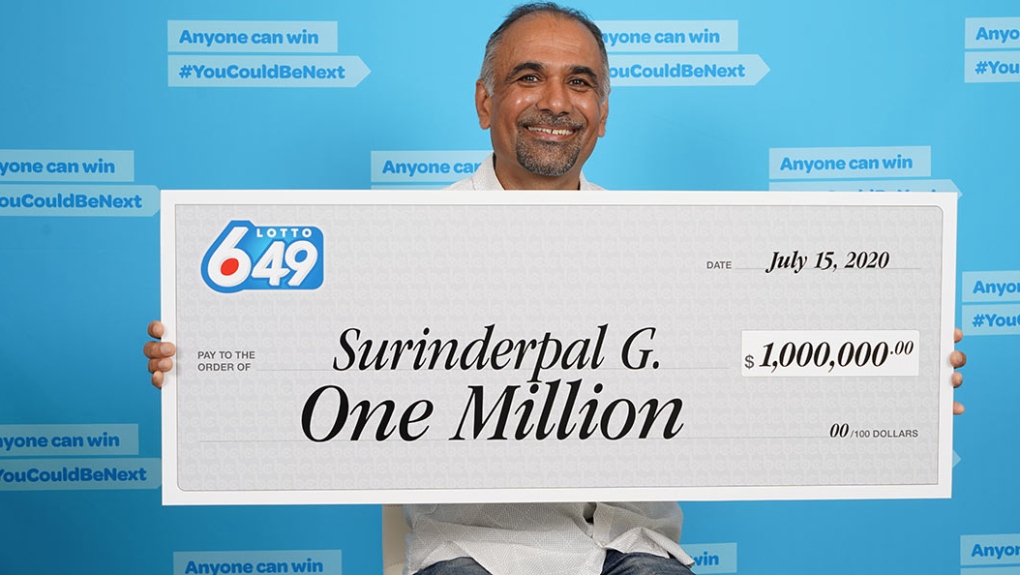 Surinderpal Gill is shown in a provided image from BCLC.

VANCOUVER -- A man who says he's been playing the lottery since moving to Canada more than two decades ago claimed his million-dollar prize on Canada Day.

Surinderpal Gill, who bought his winning ticket at the Chevron Town Pantry on 58 Avenue in Surrey, said he didn't believe he'd won at first.

"After I told my wife, they both thought I was joking and didn't believe me," Gill said in a news release issued by the B.C. Lottery Corporation Thursday.

Gill's plans for the money are modest. He said some of it will be put toward the new house he'd already been building.

He still plans to work, but says, "It'll be nice to not have to work so hard."

Gill said he'll use some of the winnings to start his own business. He says he's been buying lottery tickets since he first came to Canada 26 years ago.