Can you tell which licence plate is real? Coquitlam police warn against forgery 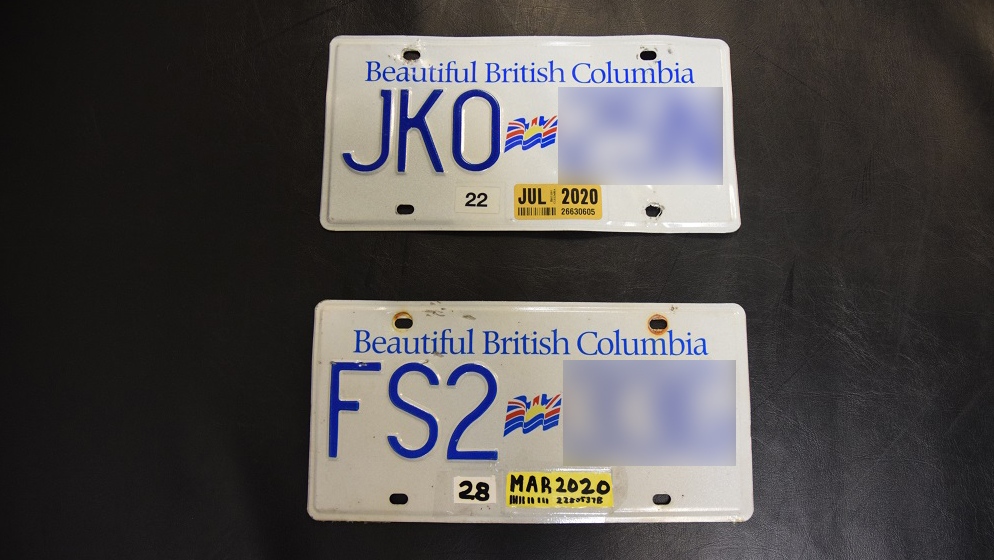 Can you spot the difference between these two licence plates? Coquitlam RCMP are warning against forgeries (Submitted)

Sharing a photo similar to a "spot the difference" game one might give to kids, Coquitlam police are warning against licence plate forgeries.

The photo shows a pair of plates, one with a legal insurance decal. The other, however, has a clearly painted and hand-written insurance sticker forgery.

The licence plate was seized off a van in June by Coquitlam Mounties after a resident reported the vehicle as suspicious.

"We're used to hearing creative excuses for people trying to get out of a ticket, but I'd love to have heard this driver's explanation," said Cpl. Michael McLaughlin in a news release.

"This particular van was unoccupied when we found it and had multiple drivers associated to the vehicle. Had we stopped it while it was moving the driver would have faced some serious consequences."

A forged licence plate decal can result in a $598 fine and possible court dates, police warn.

"I've often been asked about the best way to avoid getting pulled over by police," McLaughlin said.

"There's a simple answer; you'll never have to worry about getting pulled over for fines or court dates if you insure your vehicle properly, display your plates correctly, and obey the law."