Burnaby RCMP seeking who shoved woman to the ground

Burnaby RCMP seeking who shoved woman to the ground 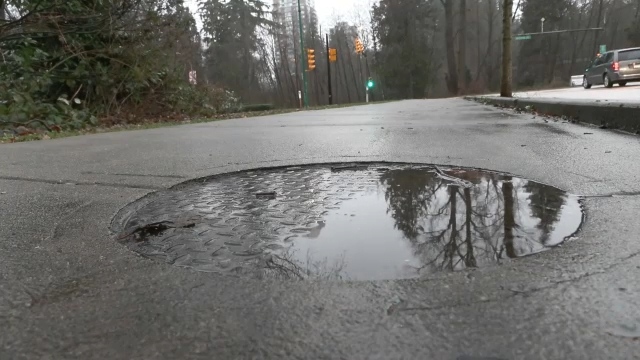 This photo shows the area where a woman was reportedly shoved to the ground and injured in Burnaby on Jan. 23, 2023.

Mounties in Burnaby are trying to identify a man who allegedly shoved a woman to the ground Monday morning, causing her to break her arm.

In a news release, police say the woman was walking westbound on Edmonds Street near Griffiths Drive shortly before noon when she was approached by a man who was jogging.

"The man did not say anything to the victim, but allegedly pushed her with both hands, causing her to fall to the ground," Burnaby RCMP spokesperson Cpl. Mike Kalanj said in the statement.

"The suspect continued jogging eastbound without stopping to help."

Authorities are asking anyone who witnessed the incident to contact them and have released a description of the subject as well as a snippet of surveillance video.

The man is described as 6' tall and Middle Eastern with black hair. His age is estimated as late 20s or early 30s.

The man is also being encouraged to turn himself in.