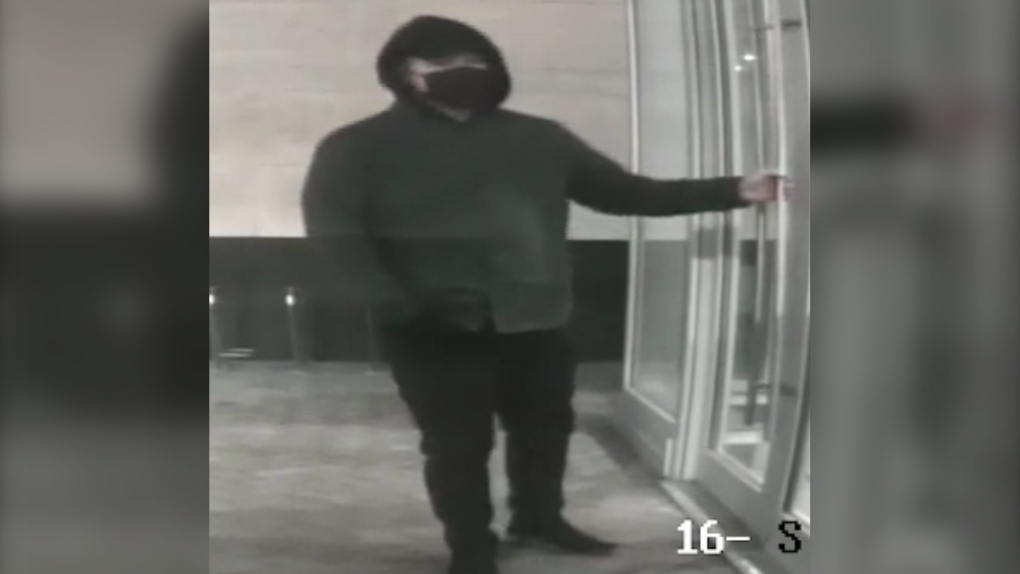 The man was seen on several surveillance cameras in the area. (Burnaby RCMP)
Vancouver -

Mounties in Burnaby have released surveillance video of a suspect they say broke into a restaurant in the city last week and stole "a significant amount of money."

Burnaby RCMP say the break-in happened at a restaurant on Kingsway near McKay Avenue on Thursday, Nov. 18, just after 1 a.m. They're asking the public for help identifying the suspect.

The man was seen on several surveillance cameras in the area. RCMP shared a 45-second compilation of video and still images of him on social media and in a news release.

They describe the suspect as approximately 5'10" tall. He was wearing dark clothing and his face and head were concealed by a black face mask and a hood. He also appears to have been wearing a black baseball cap underneath the hood of his jacket.

"The suspect walked away with a significant amount of money," said Burnaby RCMP spokesperson Cpl. Mike Kalanj, in the release.

"We’re releasing this video in the hopes that someone in the public will recognize the suspect and help us move this investigation forward."

Do you recognize the man in this video?👀

He is the suspect in a restaurant break and enter that happened around 1 a.m. on Thursday, November 18, near Kingsway and McKay. A significant amount of money was stolen during the break-in.