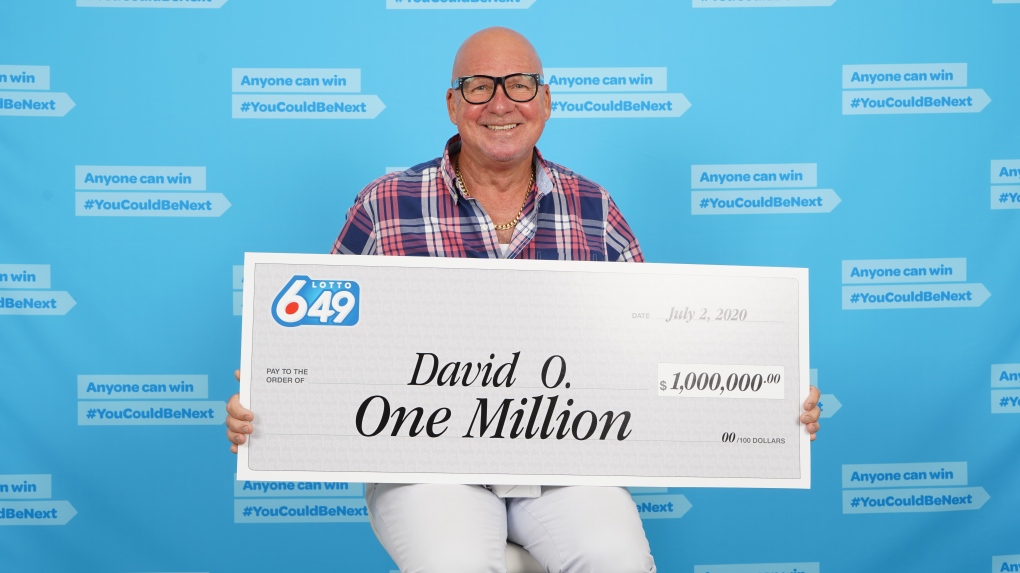 VANCOUVER -- The odds of winning the lottery are notoriously slim. The chance of an individual ticket winning the Lotto 6/49 jackpot is one in nearly 14 million.

David O'Brien had already beaten those odds once before when he checked his ticket for the June 20 draw and discovered he had won the $1 million guaranteed prize.

"(My wife) thought I was joking when I told her," the retired Burnaby man said in a news release from BCLC.

A spokesperson for BCLC said it's very rare for a B.C. resident to win multiple lottery prizes in a lifetime, but it does occasionally happen.

O'Brien is the first British Columbian to win multiple lottery prizes worth at least $1 million since a Surrey man purchased two winning tickets to the same Lotto 6/49 draw in April 2013.

Those odds are significantly better than the odds of winning a jackpot, but they're still extremely small. They're roughly equivalent to the chance you would have, if you lined up every single resident of British Columbia and chose one person at random, of picking Premier John Horgan.

O'Brien purchased his latest winning ticket at a 7-Eleven on Kingsway in Burnaby. He told BCLC he plans to continue playing the lottery, even after claiming two separate seven-figure prizes.