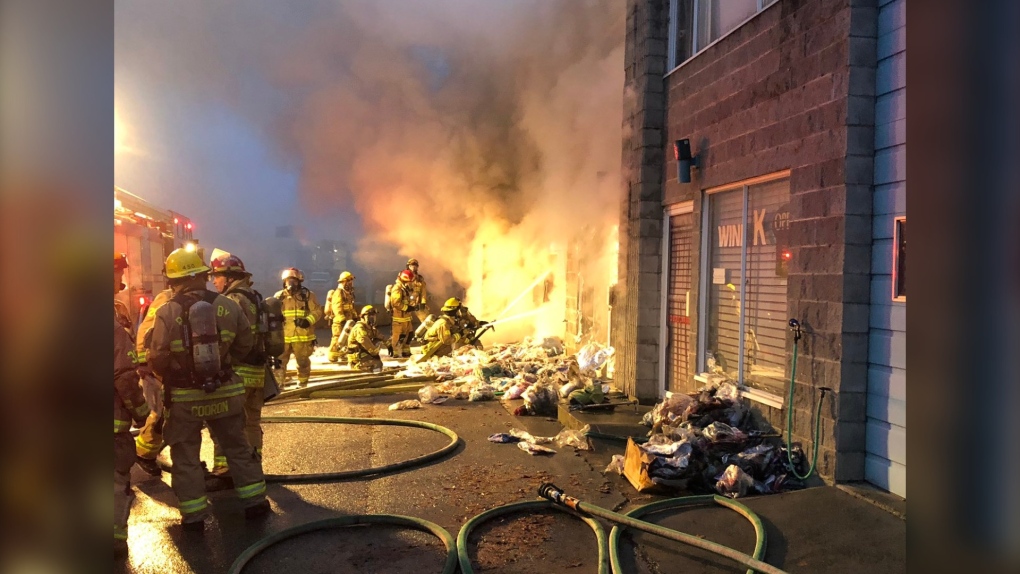 VANCOUVER -- Burnaby fire crews were on scene battling a blaze in an industrial building Wednesday morning.

Shortly before 9 a.m., the Burnaby Fire Department posted on Twitter that crews were dealing with a fire on Byrne Road, close to the Fraser River. They got the call just before 7 a.m. and it was eventually upgraded to a three-alarm blaze with 42 crew members present.

"Upon arrival our crews did find heavy smoke conditions in one of the warehouse units," said Dave Samson, deputy fire chief with the Burnaby Fire Department. "It was difficult to gain entry."

The fire started in an import and export company, Samson said, adding that a wood cabinetry business and a tool rental company were also affected.

Samson said part of the roof has collapsed in one of the units, so crews delayed entering the building to fight the blaze.

Smoke could be seen pouring from the windows of multiple units and Metro Vancouver said there was a "considerable" amount of it in the area.

There were even reports of the air being smoky in Richmond as a result of the fire.

No injuries have been reported, Samson said.