Boy alleges a man offered him candy on his way to school, say Richmond RCMP 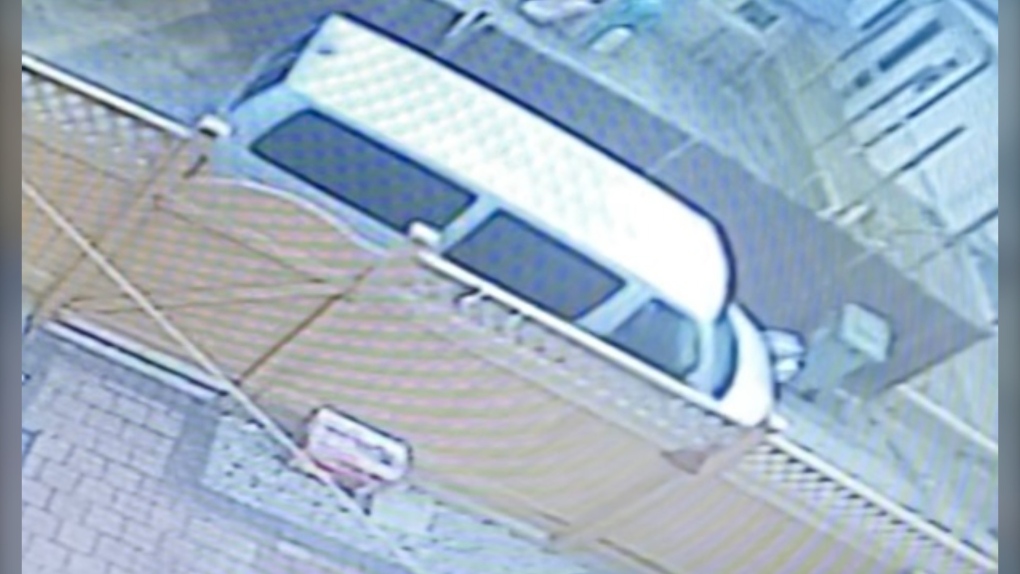 A white Econoline van is the "vehicle of interest" in a case involving an allegation of a man offering candy to a child on Dec. 3, 2020 (RCMP Photo).

VANCOUVER -- A Richmond boy says a man driving a white van offered him candy on Dec. 3 as he walked to school, according to a news statement from the Richmond RCMP.

Police say that between 8:05 a.m. and 8:30 a.m. the boy was allegedly offered candy as he walked through a laneway near Seacote Road on his way to school.

“This boy did exactly what he should have. He stayed away from the vehicle, got himself to a safe place and reported it,” said Cpl. Adriana Peralta in a statement.

The child did not engage with the man and left the area immediately, say police. He then reported the incident to school officials who contacted the police.

“We want to remind parents of the importance of talking to your children about strangers,” Cpl. Peralta added.

The man alleged to have offered the candy is described as white, about 20 years old, wearing a black T-shirt, having long brown or blonde hair, a pimple on his forehead, and a scar on the left side of his face.

Specifically, the boy was near the 10400 block of Seacote Road when the incident is said to have happened, which is close to the intersection of Steveston Highway and Shell Road.

Richmond RCMP say a “vehicle of interest” has been identified through a video surveillance camera. It is a white Econoline van from the early 2000s and has windows on all sides.