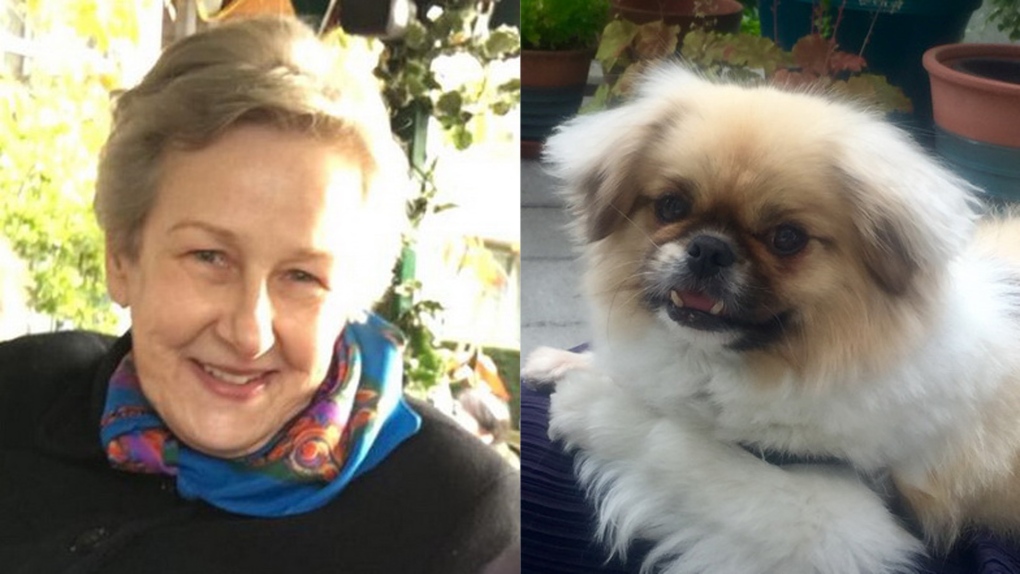 Monica Winter's car was found near the Fraser River in Burnaby on Feb. 10. Her dog, Chloe, has not been located.

VANCOUVER -- The body of a 61-year-old woman who was reported missing to RCMP in February has been found in Port Moody.

Monica Winter, who lived on the University Endowment Lands, was reported missing on Feb. 10 after she failed to show up for work. At the time of her disappearance, Mounties said Winter’s dog, Chloe, was also missing.

On Monday, RCMP said Winter’s body was recovered on March 18, and her identity has been confirmed by the BC Coroners Service.

"While the BC Coroners Service will continue to investigate and attempt to determine cause of death, we do not believe criminality is involved in the woman’s death," said Sgt. Eric Baskette in a news release.

RCMP said Winter’s dog has not been located yet.​