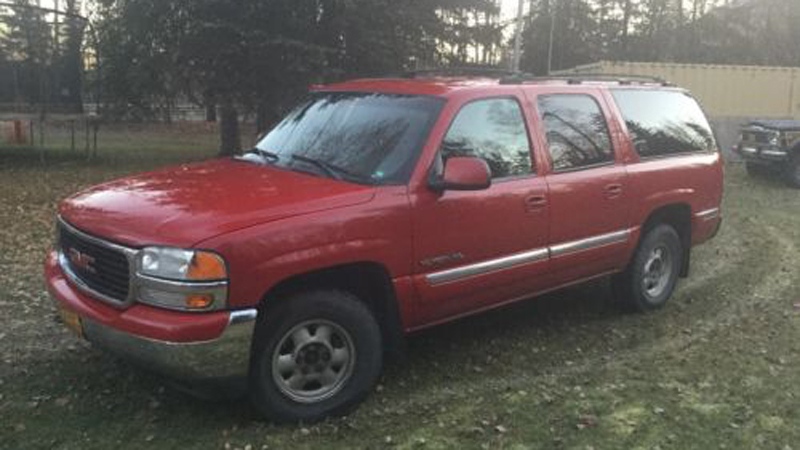 The man's body was found in a 2000 red GMC Yukon XL, similar to the vehicle in this photo issued by Squamish RCMP.

Homicide investigators have been called in after a man's body was found in a burned vehicle on a service road north of Squamish.

The body was discovered by Mounties who were responding to a call about the vehicle left on Cheekeye Forest Road on June 14.

The Integrated Homicide Investigation Team was called in due to the fire and the suspicious nature of the incident, Squamish RCMP said in a statement issued Wednesday. The death has been ruled a homicide, officers said, but details of the man's death have not been made public.

"This investigation is in the early stages and the risk to the public, if any, has yet to be determined," RCMP said, adding that more information will be released when available.

The victim has yet to be identified, but police are asking anyone with information to contact IHIT. Officers said he was found in a 2000 red GMC Yukon XL.

IHIT also asks anyone who saw suspicious activity on the road on June 13 or 14 to contact investigators.