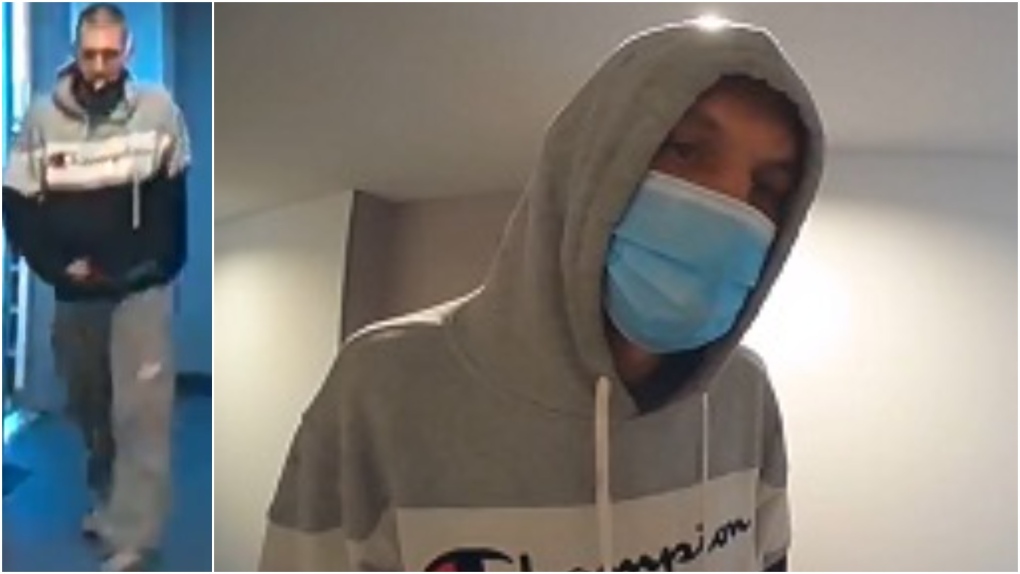 A suspect in the theft of a Bitcoin ATM from a store in Langley, B.C., is shown in images provided by the Surrey RCMP.
VANCOUVER -

A man has been charged and a second is sought by police in a series of crimes that include the theft of an ATM.

Mounties in Surrey said Friday that charges have been laid against a 24-year-old man alleged to have been involved in the theft, as well as property crimes in the city and in Langley.

While there are four separate incidents Bryce Telford is alleged to have been involved in, police only outlined one of them.

It is alleged the 24-year-old, facing 10 charges including robbery, was involved in the theft of a Bitcoin ATM from a business at the Willoughby Town Centre in Langley.

The ATM was stolen on June 11, the Surrey RCMP said.

The allegations against Telford have not been proven in court.

Officers are also trying to identify a second man they believe was involved in the theft.

The RCMP detachment released two photos of their suspect, who has been described as white and in his 20s.

Police said the man is about 6' tall and 160 pounds, with short brown hair. Surveillance video tied to the case shows he was wearing grey sweatpants and a grey, white and black hoodie with the "Champion" logo across the chest.

Anyone with more information is asked to contact the Surrey RCMP, or to report it anonymously through Crime Stoppers.

LIVE at 3:30 MDT | Shandro to be replaced as Alberta health minister in Kenney cabinet shuffle: sources