Betting on brothers: B.C. gamblers can wager on Quinn and Jack Hughes 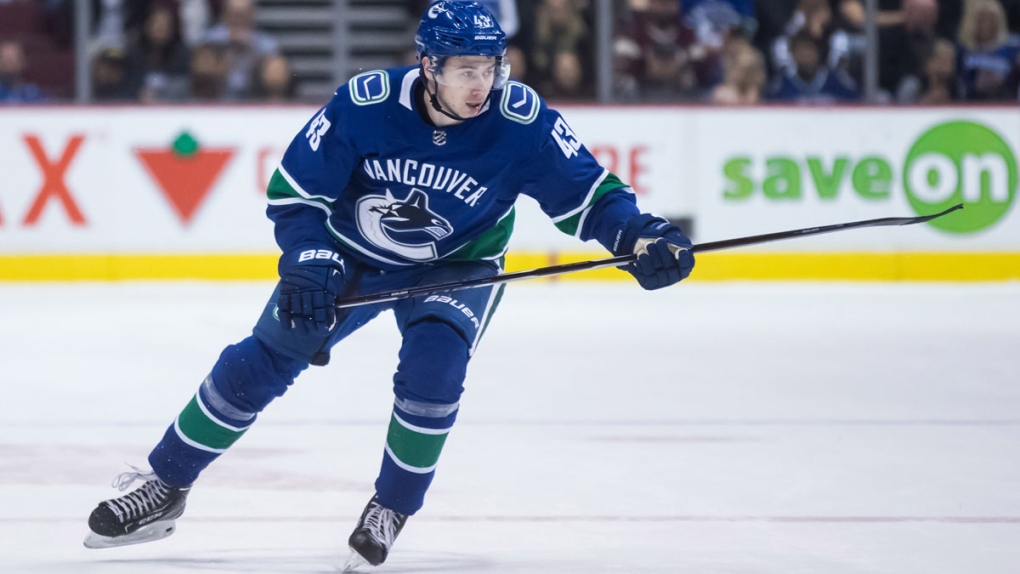 Vancouver Canucks' Quinn Hughes skates during the first period of an NHL hockey game against the Los Angeles Kings in Vancouver on Thursday, March 28, 2019. (Darryl Dyck / THE CANADIAN PRESS)

The British Columbia Lottery Corproration is taking bets ahead of an on-ice battle between Quinn Hughes and his younger brother, Jack.

They'll face off Saturday when the Vancouver Canucks take on the Devils in New Jersey. It's the first time the Hughes brothers, aged 20 and 18, will play against each other in their short NHL careers.

Ahead of the game, BCLC is taking bets on which brother will fare better.

Bettors can wager on options including who will score, which brother will get the first point and if either will be sent to the penalty box. https://www.playnow.com/sports/hockey/vancouver-canucks-specials

"Also up for betting is if the two Hughes brothers could drop the gloves (100/1) – while it's unlikely, anything can happen in the NHL … just ask Keith and Wayne Primeau."

Earlier this year, BCLC invited gamblers to weigh in on whether the Canucks would make the playoffs.

Bettors could also attempt to cash in on the tennis match between Bianca Andreescu and Serena Williams.

While BCLC hosts bets on a variety of sports teams, the site has also taken stranger bets in the past, including what Meghan Markle and Prince Harry would name their first child (no one guessed "Archie.")

Under its "Novelty" section, bettors can currently weigh in on which tiara they think Princess Beatrice will wear on her wedding day, and which film will win best picture at the Oscars in 2020.

Its also taking bets on next year's U.S. eletion, and topics including whether the Queen will ban President Donald Trump from the U.K.