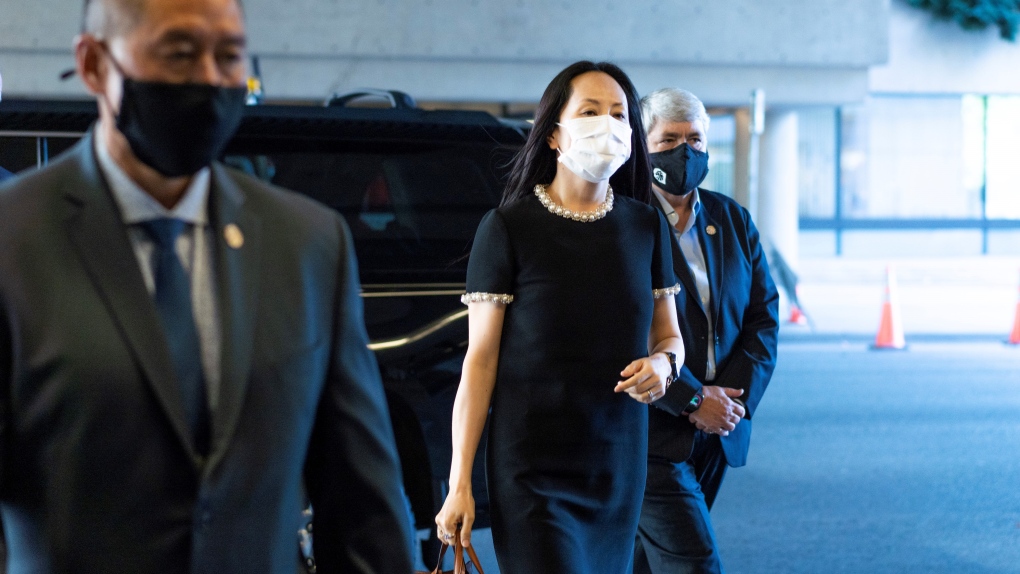 In its first official remarks on the case since the start of Huawei CFO Meng Wanzhou’s extradition hearing, China’s Foreign Ministry referred to the U.S. fraud charges against Meng as “a political event through and through.”

“The U.S. fraud accusations against (Meng) are nothing but fabrication,” spokesperson Hua Chunying said during a regularly scheduled news conference Monday in Beijing, according to the English translation posted on the foreign ministry’s website.

On Monday, Meng’s lawyers resumed their arguments before a B.C Supreme Court judge that the U.S. has not provided sufficient evidence for the judge to extradite Meng, a process known as “committal.”

According to their written arguments, defence says the evidence presented shows no deception by Meng, no loss by HSBC bank, and “not even a plausible theory of risk.”

Meng is accused of misrepresenting Huawei’s relationship with Skycom, a subsidiary doing business in Iran, to HSBC bank.

U.S. prosecutors say her actions put the bank at risk of violating sanctions in that country.

Meng has repeatedly denied the charges.

Last week, lawyers for Canada’s attorney general argued that there is some evidence that shows Meng “deliberately made dishonest representations” to the bank.

On Wednesday, Robert Frater, Q.C., told Holmes: “The evidence of dishonesty in this case is abundantly clear.”

Holmes will decide whether or not there is enough evidence to commit Meng for trial in Canada, had her alleged crimes occurred here.

The judge has not yet given a timeline for her decision, though it’s widely expected to take weeks or months.

Holmes is also expected to rule on a number of applications by Meng’s defence team to stay the proceedings based on an alleged “abuse of process,” including that Meng’s Charter rights were violated during her December 2018 questioning and arrest at Vancouver International Airport, that former U.S. president Donald Trump used her as bargaining chip in trade negotiations, and that the U.S. has deliberately misled Canadian courts about the facts of the case.

Missing from Beijing’s briefing Monday was any further mention of the Canadians detained in China.

Foreign Affairs Minister Marc Garneau condemned the move, calling the trial a “sham,” and indicated conversations are ongoing with Beijing and Washington to bring the “Two Michaels” home.

Former diplomat Michael Kovrig, who was also detained in China days after Meng’s arrest, has yet to receive his verdict or sentence.

A third Canadian, Robert Schellenberg, had his death sentence for drug trafficking upheld on appeal.

Last week, Hua urged Canada and other countries “to follow the spirit of the rule of law, respect China's judicial sovereignty, and stop making any irresponsible remarks.”