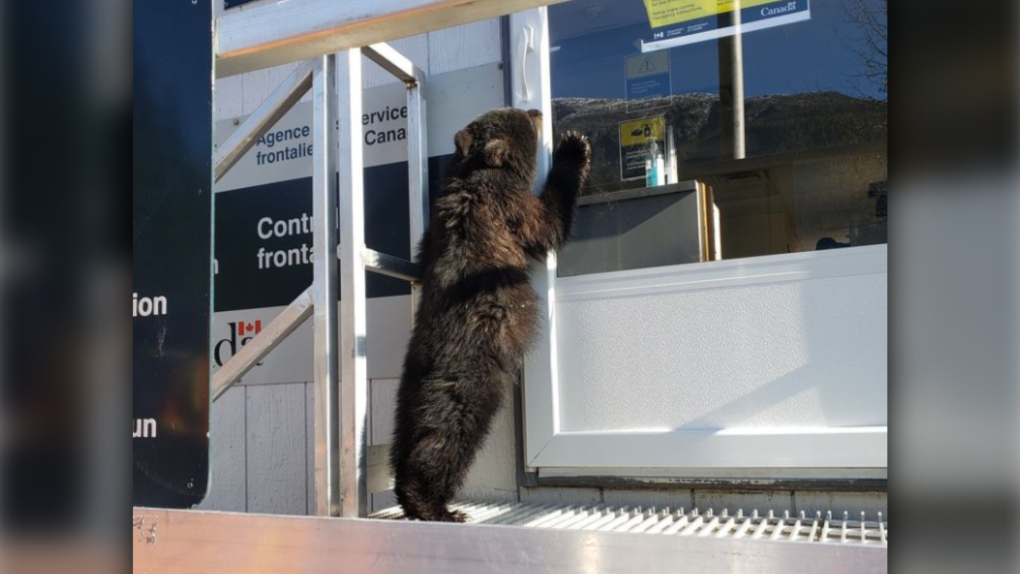 VANCOUVER -- A wee bear cub was apprehended at the Canada-U.S. border this week after trying to cross with "no travel documents," officials said.

"After a forceful attempt on its part to cross the border, our officers moved quickly to apprehend and transfer it to the Smithers' Northern Lights Wildlife Society," the CBSA wrote.

Angelika Langen, who works at the animal rescue, told CTV News they had been tracking the bear for about a month in the hopes of helping her to survive the winter.

The wandering cub had lost her mother, which inspired volunteers to name the bear Annie, after Little Orphan Annie.

"It's believed the mother was killed in a vehicle accident," Langen said, adding that Annie was severely underweight and unprepared for hibernation. "She came in at around 21 pounds, and she should have been around 50."

On the bright side, the cub's hungry state made trapping her at the border an easy job.

"Within minutes of putting the trap with food down, Annie said I've had enough of this life and she came home to us," Langen said.

Northern Lights Wildlife Society, which is currently caring for 33 black bears and three grizzly cubs, plans to keep Annie over the winter and then release her in the early summer, which is when sows usually kick their cubs out to start fending for themselves.

"We release them at the same time so they're genetically primed to find their home," Langen said.

The rescue urged anyone who sees small cubs that appear to have been orphaned – meaning they have been spotted on their own on multiple occasions – to report the sightings to the B.C. Conservation Officer Service.

The Canada Border Services Agency has not responded to a request for comment, but used the unusual incident as an opportunity to remind travellers about the types of identification normally required at border crossings.