Be prepared for winter if you're heading into the backcountry, plead safety officials 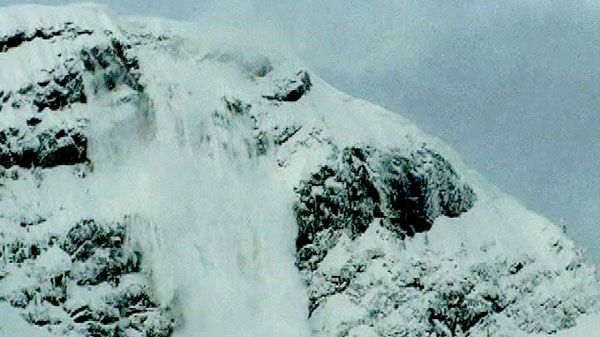 Heavy snow falling off the side of a mountain is seen in this file photo taken from video, Fernie, B.C.

VANCOUVER -- As snow falls and temperatures drop on much of the province’s backcountry, public safety officials are calling for caution.

“Since the beginning of this pandemic we have seen an increase in the number of people enjoying the outdoors, but also a persistent rise in the number of ground search and rescue calls in British Columbia,” Farnworth said in a news statement.

“People are getting stuck or lost, and we’re finding they’re unprepared for the elements or haven’t familiarized themselves with their route,” he continued.

B.C. has a comprehensive network of highly-skilled search and rescue teams, but most of it is volunteer-run.

The best way to prevent search and rescue crews from needing to be deployed is to be prepared for an adventure by knowing the area you’re heading into and having adequate supplies in case you get lost.

“Preparedness is the first step when considering heading out into the elements,” said Jennifer Rice, Parliamentary Secretary for Emergency Preparedness, in a news release.

“Don’t let an adventure turn into an emergency. Instead, research your route, look at the forecast, pack appropriately and leave a trip plan. It’s critical to know your limits, dress for the conditions and bring extra layers in case you get lost or stranded.”

The numbers are alarming, Farnworth said, because each call puts searchers at risk.

“This can be dangerous, not only for the people who are in distress, but also for the search and rescue crews deployed to help,” he said in the statement.

According to BC AdventureSmart, it’s vital that pre-trip preparation includes telling others what your plan and destination are, your expected route, and your expected return time. It also urges adventurers to plan their trips according to weather forecasts, and to keep within your physical abilities.

The organization also suggests avalanche training and packing seasonal and sport-specific gear such as microspikes, avalanche transceiver, shovel, and probe.

“We want people to be aware of the additional risk out there,” said Chris Kelly, president, BC Search and Rescue Association in a statement.

“The risk is not only being unprepared for the outdoors, but also exposing our professional volunteers to COVID-19 during callouts,” he continued.

“Our members risk life and limb to keep people safe, and that risk is compounded by the pandemic. We’re imploring everyone playing in the B.C. backcountry to play it safe – for their sake and the sake of our dedicated crews and their families.”