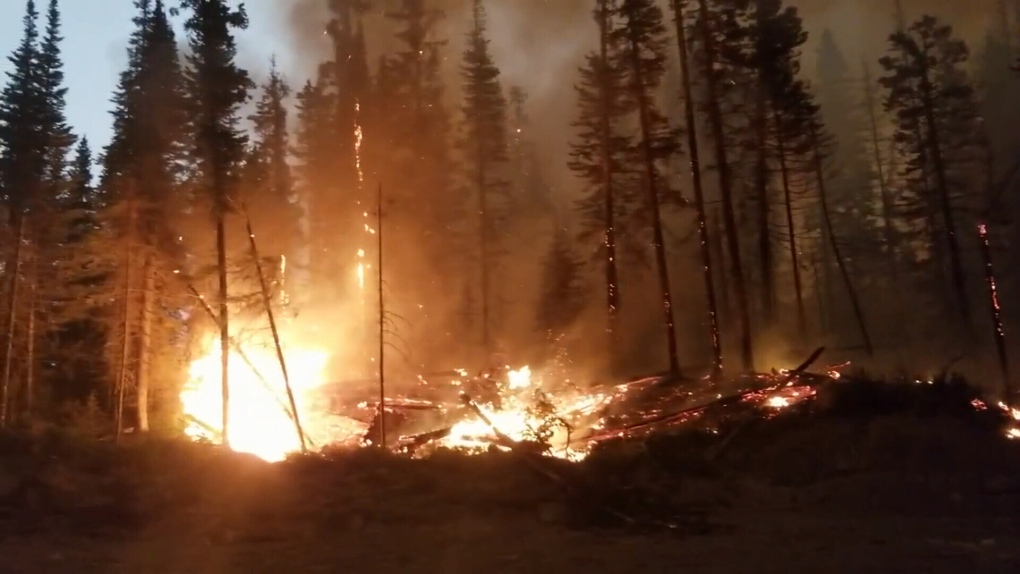 The weather in June can 'set the stage' for how this year's wildfire season plays out, a spokesperson with the BC Wildfire Service says.

While rainfall has improved conditions in the short-term, the BC Wildfire Service’s Predictive Services team is forecasting a drier-than-normal June for large swaths of British Columbia.

Sections of both the northern and southwestern parts of the province should expect less rainfall than normal – drought indicators are already above seasonal – and forecasts predict above-average temperatures for the entire province, according to the organization’s June outlook.

“Snow pack levels are also significantly lower-than-average for this time of year, which may affect vegetative growth as well as water availability for wildfire suppression,” the wildfire service said.

Though June could be a difficult month in the north of the province, the Predictive Services team says the warmer-than-normal trend should “scale back to near normal levels” in July and August.

The news for the Lower Mainland isn’t as good.

“The south, however, is expected to remain consistently warmer-than-normal,” says BC Wildfire Service.

A Category 2 fire ban  is currently in effect in for the Coastal Fire Centre, which includes Vancouver Island and the Lower Mainland.

That means no backyard burning, and while campfires are currently allowed, Donna MacPherson of the BC Wildfire Service said the definition of a campfire is "very narrow."

"It is 0.5m by 0.5m in size; someone must be in attendance at all times; it must be placed in a safe location and put out cold before the people leave the area," she told CTV News in an email.

According to the outlook, the forecast was predicted by meteorologists and fire behaviour specialists using a broad range of fire environment factors and weather data they observed.

The predictive model is built using factors like the length of dry periods, thunderstorms, volume and timing of rainfall and “wind events.” Conditions that affect the moisture of soil, vegetation growth and “fine fuel dryness” can also influence the amount of fuel available for wildfires, according to the seasonal outlook.

The wildfire service says that as useful as long-term predictive weather models are, they can only reliably forecast daily weather conditions a few days in advance.

People living in dry areas, especially those who live adjacent to forested lands should FireSmart their properties, said MacPherson. The wildfire service has a new website to help people evaluate their property and find ways to curtail fires.

"Of course, following prohibitions and being careful with any activity that could lead to a wildfire is also something the public can do to keep the fires from starting," she added.

The best way to prepare for the upcoming wildfire season, according to the province’s wildfire service, is precaution:  “Much of the fire starts at this time of year are human-caused and therefore preventable.”