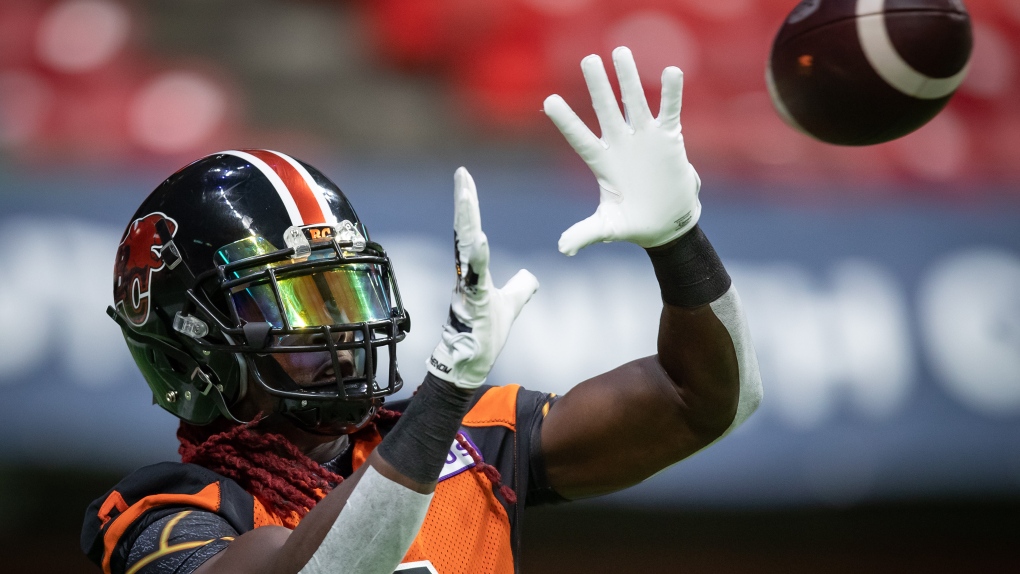 BC Lions' Lucky Whitehead warms up before a CFL football game against the Winnipeg Blue Bombers in Vancouver, on Friday, Oct. 1, 2021. (Darryl Dyck / THE CANADIAN PRESS)
VANCOUVER -

The BC Lions announced Monday receiver Lucky Whitehead will require surgery for a broken hand and is expected to be out two-to-four weeks.

The CFL club said Whitehead was injured in its 30-9 loss to the Winnipeg Blue Bombers on Friday night.

Whitehead was targeted once in the contest but had no receptions.

The five-foot-10, 177-pound Whitehead is ranked second in the CFL in receiving with 36 catches for 665 yards (18.5-yard average) and four TDs this season, his first with B.C.

This report by The Canadian Press was first published Oct. 4, 2021.