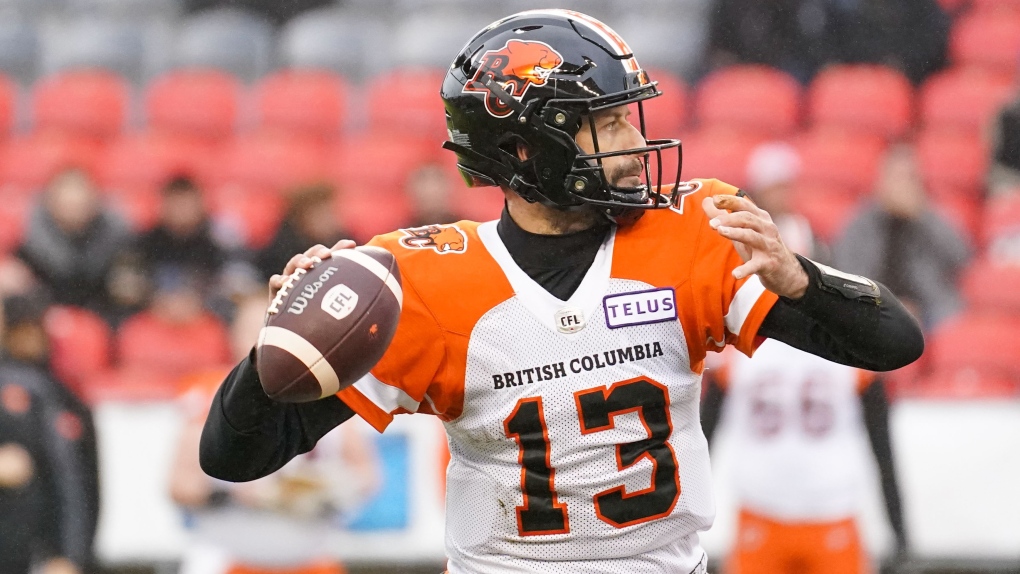 BC Lions quarterback Michael Reilly (13) looks for an open receiver against theToronto Argonauts during first half CFL action in Toronto on Saturday, Oct. 30, 2021. THE CANADIAN PRESS/Evan Buhler
VANCOUVER -

Reilly first joined the Lions in 2010, playing three seasons before departing to play for Edmonton for six more seasons.

In 2019 he returned to B.C. to play out the remainder of his CFL career.

“From his arrival mid-way through the 2010 season to scrapping his way to make our squad in 2011 training camp with a quarterback room that included Travis Lulay and Jarious Jackson, his drive to compete and win is something all young professionals should aspire to,” said Lions co-GM and director of football operations Neil McEvoy in a news release.

Half of patients hospitalized with COVID-19 still experiencing at least one symptom two years later: study

Half of those hospitalized with COVID-19 at the start of the pandemic are still experiencing at least one symptom two years later, a new study suggests.

Facing daily instances of violence and abuse, gender diverse people in the Canadian prison system say they are forced to take measures into their own hands to secure their safety.