BC Liberal leader distances himself, the party from MLA under fire for 'climate denial'

BC Liberal leader distances himself, the party from MLA under fire for 'climate denial' 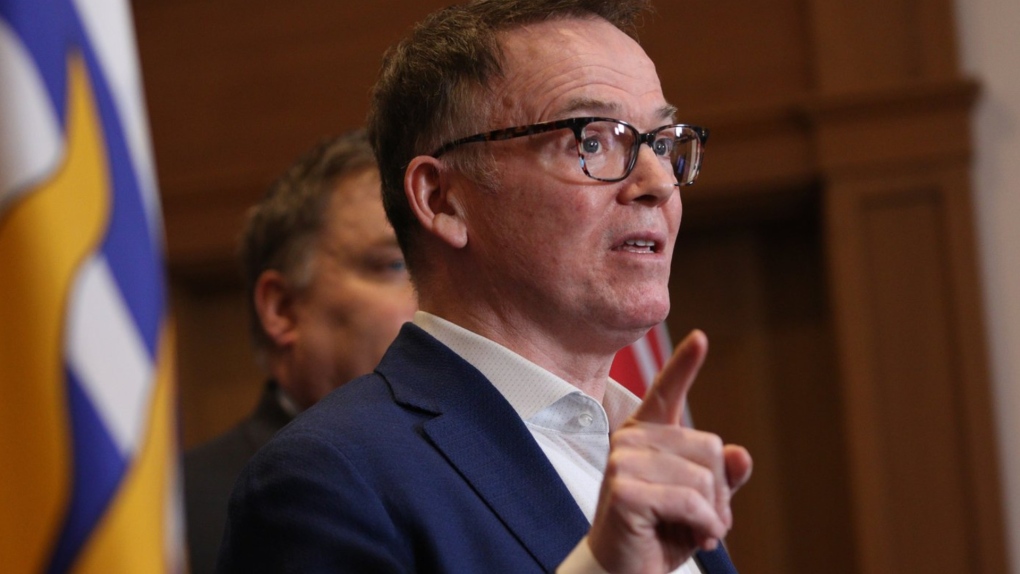 The BC Liberal leader is disavowing a party MLA for a post on social media denying that carbon dioxide is driving human-caused climate change.

John Rustad, who represents Nechako Lakes and has been the opposition critic for forest, lands, and natural resource operations, came under fire from Kevin Falcon Wednesday.

"Let me be clear, climate change is one of the most critical threats facing our future. The BC Liberals are strongly committed to substantive climate action and restoring BC's place as a world leader in climate policy. John Rustad does not speak on behalf of caucus on this issue," Falcon tweeted.

Rustad's post cited Patrick Moore, a director of a group called the CO2 Coalition and a vocal critic of the environmental movement. In part, the post read, "the case for CO2 being the control knob of global temperature gets weaker every day." It ended with #CelebrateCO2.

Moore once worked for Greenpeace, but is now often described as a climate change denier. He wrote a book called "Confessions of a Greenpeace Dropout," accuses his former colleagues of inventing "gloom and doom scenarios" about climate change and of abandoning logic "in favour of emotion and sensationalism."

According to the Intergovernmental Panel on Climate Change, emissions of greenhouse gases – including carbon dioxide – are driving the global crisis, leading to more wildfires, more frequent extreme weather events and other costly catastrophes.

The BC NDP's minister of environment and climate change also called out the post.

"John Rustad’s trail of climate denial is long, repeated and out of step with the challenges British Columbians have faced from wildfire, extreme heat, flooding, and water shortages," George Heyman wrote on Twitter.

Last year, Heyman posted a video saying that Rustad "refused to say that he believed climate change is real, and refused to say it was caused by human activity." At that time he was demanding that Shirley Bond, the interim leader, press Rustad to clarify his position – saying that if the party did not take a stand it would show the BC Liberals "have lots of room for climate change deniers."

Heyman was responding to comments made in the legislature specifically about carbon dioxide.

"Carbon dioxide was referred to as a pollution," Rustad said in April of that year.

"Now, I’m sorry. I get what the language and the rhetoric is. Carbon dioxide is an essential component of life on this planet. It is not a pollution. That sort of misinformation out there is just ridiculous."