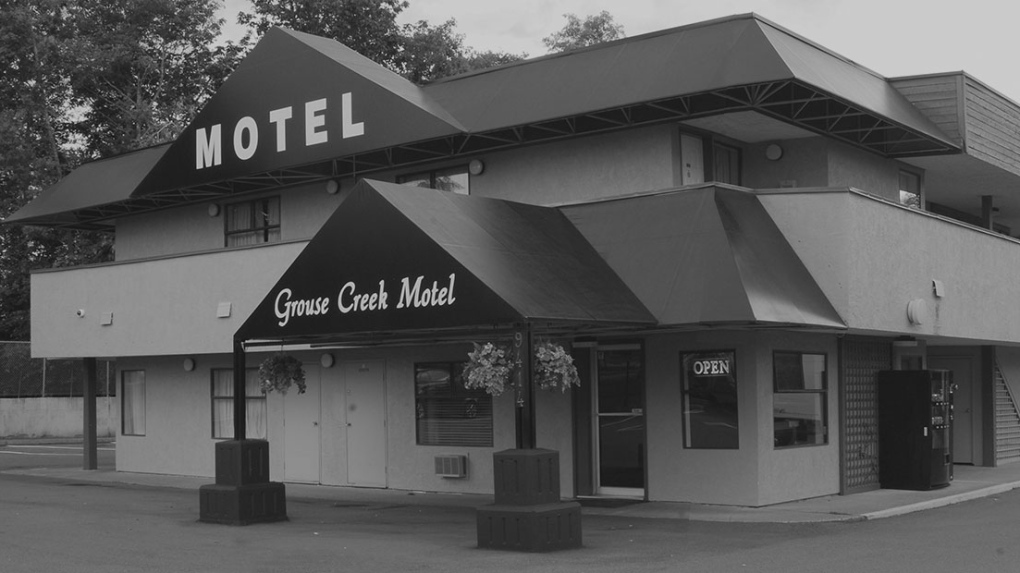 The exterior of the Grouse Creek Motel is seen in this image from its website.

VANCOUVER -- Neighbours of a Surrey motel that will soon be housing the homeless say they're frustrated by a lack of communication from BC Housing and concerned about the location that has been chosen.

The provincial agency says it will begin moving residents of the Nancy Gerard temporary supportive housing site in Central Surrey into new accommodations in the Grouse Creek Motel on Monday.

In a statement to CTV News Vancouver, BC Housing says its lease on the Nancy Gerard site expires at the end of October, and it leased the hotel to ensure all of the people currently residing in the supportive housing complex have a place to go.

Residents and business owners near the motel on King George Boulevard near 94A Avenue say they first found out about the move from the motel's owners, rather than from BC Housing or the Lookout Housing and Health Society, which will be staffing the facility. The concerned neighbours argue that the province hasn't given them time to prepare for the influx of people with complex needs into their neighbourhood.

Tony Hui owns 99 Nursery & Florist, which is next door to the Grouse Creek Motel. He told CTV News he's concerned that the new neighbours will bring additional crime and drug use to a neighbourhood already struggling with those issues.

"This is just adding to the fire that's in the neighbourhood already," Hui said.

He said he's never had a fence between his business and the motel. Now, he says, he'd like to install one, but won't have time to do so before the residents start moving in.

Hui is also concerned about the choice of Grouse Creek as a place to house the homeless. The motel is across King George Boulevard from Queen Elizabeth Secondary School, and Hui said students frequently cross the road to go to the Dairy Queen next to the motel.

He said he knows BC Housing needs to place homeless residents somewhere, but he thinks sites should not be located in close proximity to schools.

"No way should they be anywhere near a school," he said.

In its statement to CTV News, BC Housing said the residents of the Nancy Gerard complex have been living in supportive housing "for some time."

"They have adjusted to living inside again and are already connected to services and care," the agency said.

As for concerns about communication, BC Housing says the motel site did not require rezoning to be used for supportive housing, meaning there was no requirement to notify the local community of the lease.

"We know the community will have questions about the site, and BC Housing and our partners will be reaching out to neighbours on Monday," the agency said. "We will work closely with the community to ensure the supportive housing site integrates successfully into the area and there will be a community advisory committee for the site."

BC Housing also notes that there are currently 235 permanent supportive housing units currently in development or under construction in Surrey, and says more announcements will be made on the matter soon.