BC Artscape opens in Chinatown at Sun Wah Centre 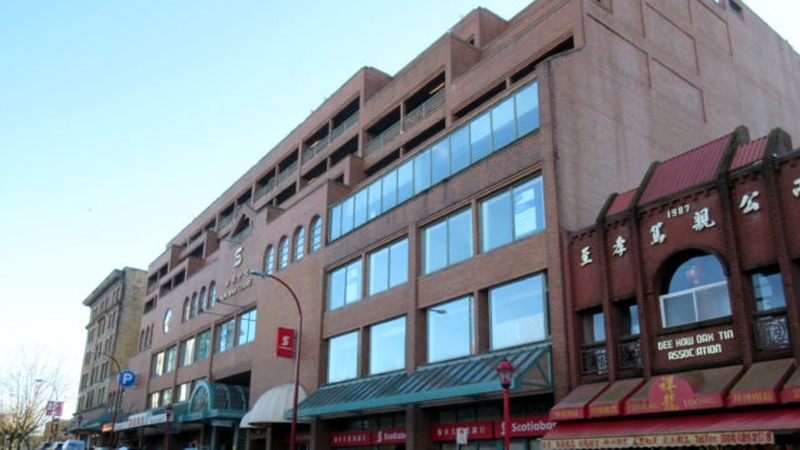 BC Artscape at the Sun Wah Centre in Vancouver's Chinatown.

Artists in Vancouver have reason to celebrate after a new cultural centre opened in the city's Chinatown neighbourhood on Sunday, touting 55 affordable spaces for artists and support groups.

The newly renovated home of BC Artscape at the Sun Wah Centre, a not-for-profit organization dedicated to creating affordable cultural spaces, is nearly 50,000 square feet and has already rented spaces to more than 71 collaborators and artists.

BC Artscape president Genevieve Bucher says she hopes the renewed space at the Sun Wah Centre will become an creative hub that supports cultural activities and arts without artists fearing threats of eviction or rent hikes.

Bucher says that they've also created spaces for other non-profit organizations and support services, such as the B.C. Civil Liberties Association, after going through a long community engagement project to determine how they could best support the existing Chinatown community.

She says they're able to keep the rents to $2 per square foot monthly, including utilities, wireless internet and property taxes, after negotiating a below-market rate with the owners of the Sun Wah Centre in 2014.

The project is a collaboration between the provincial, federal and municipal governments, which provided BC Artscape with a combined $3.7-million in funding for the renovation project.

It’s official! BC Artscape is a good example of what can happen when Vancouver, BC and Canadian government come together to support community-driven arts and social justice. Over 50 new spaces for 70 artists in Vancouver’s Chinatown. pic.twitter.com/thxlJhYZxM