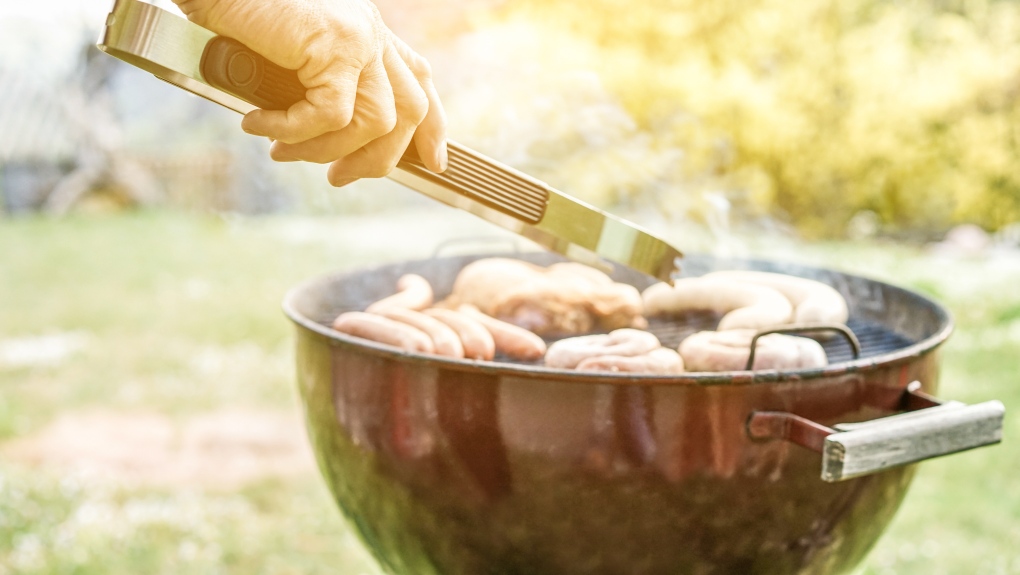 A barbecue in a park. (Shutterstock)
Vancouver -

With warm weather expected to continue in Metro Vancouver, it may be tempting to fire up the grill in a local park.

Some municipalities, however, have bans and restrictions in place because of the high risk of wildfires. In fact, some cities just announced bans on all cooking – even with propane – in public green spaces in recent days.

"Guys, we live in a beautiful community full of lots and lots of forest … that is all fuel. We need our residents to be extremely diligent and be vigilant when you're in the woods," said Port Moody Fire Rescue Lt. Jeff Scallion in a video posted to social media Thursday.

Fines for breaking fire and cooking bans vary, with some municipalities saying tickets can be up to $500. Last week, however, Mounties in Kamloops said a man could face fines of more than $1,000 after a camping stove sparked a grass fire in a ditch by the highway.

As of 3 p.m. on July 27, these were the statuses of barbecue restrictions across Metro Vancouver:

Vancouver: A temporary ban on all barbecues is now in full effect at all Vancouver parks and beaches as of July 27.

Port Moody: All cooking and smoking in Port Moody parks is prohibited while the city is under an extreme fire warning, which it entered on July 22.

New Westminster: As of July 22, all campfires, open fires, smoking and outdoor cooking is banned in New Westminster parks. That includes propane, charcoal and wood-burning barbecues.

Belcarra: As of July 23, all cooking appliances are banned in public parks and public spaces. That includes propane and charcoal barbecues.

Surrey: The city says natural gas, propane or charcoal briquettes are permitted as long as they are being used in ULC/CSA-approved devices for that particular product.

Coquitlam: A permit is now required to barbecue in Coquitlam parks, except at Blue Mountain Park, Mackin Park, Spani Pool and Town Centre Park. More details can be found online.

Burnaby: The use of barbecues (charcoal/briquette/wood) in Burnaby and beaches is currently prohibited. Propane barbecues are permitted. Smoking also isn't permitted in Burnaby parks, trails and green spaces.

District of North Vancouver: No open flames of any kind, including propane barbecues, are permitted in district parks or beaches until further notice.

Maple Ridge: In a notice posted last month, Maple Ridge Fire Department said a "total fire ban" was in effect as of June 30 in the city. However, that ban doesn't include the use of CSA-rated or ULC-rated barbeques, camping type stoves or portable campfire apparatus using camping gas, natural gas/propane, or briquette barbeques, on your property. CTV News has reached out for an update on the rules in parks.

West Vancouver: All barbecues, including propane, are banned at district parks and beaches until further notice.

City of Langley: As of July 27, only propane barbecues may be used in designated areas of certain parks. However, visitors are warned to "look for signs that may prohibit this due to the dry conditions."

Delta: As of July 26, all outdoor cooking devices, including propane barbecues and grills, are banned in all of Delta's parks, trails and natural lands.

Pitt Meadows: All barbecues, including propane, are banned at parks and beaches until further notice.

Township of Langley, White Rock, and Lions Bay all didn't have information about barbecue bans posted online. CTV News Vancouver has reached out to these municipalities for information.