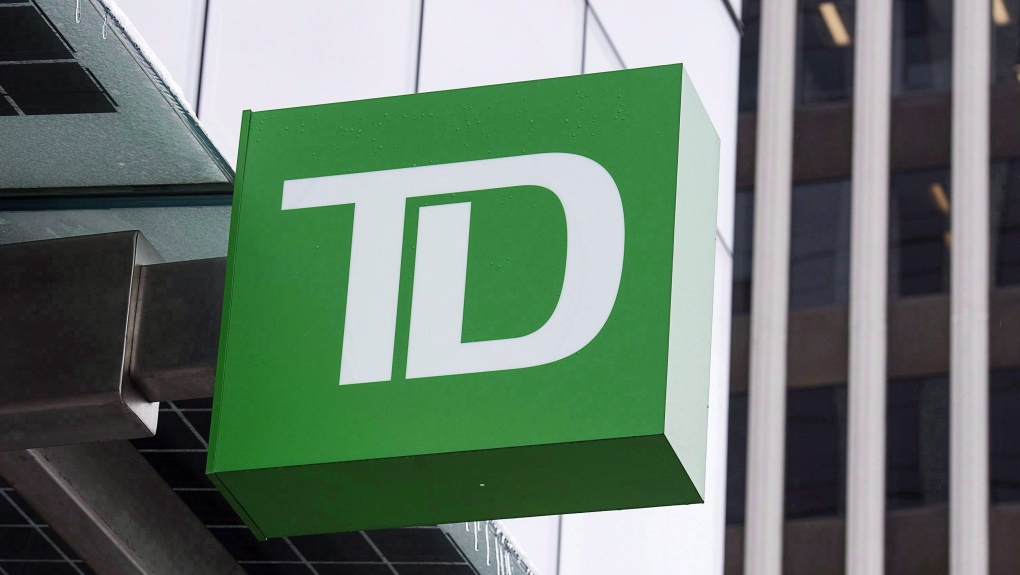 A TD Bank branch is seen in Halifax. (Photo: THE CANADIAN PRESS/Andrew Vaughan)

A man who walked into a Metro Vancouver bank last year and handed the teller a note saying he would "start shooting" unless he was given "at least $10,000" has been sentenced to four years in prison for the robbery.

Frederick John Thrones pleaded guilty and was sentenced in a New Westminster courtroom last month. Justice Danny Sudeyko detailed the circumstances of the crime when handing down the sentence.

On July 13, 2021 Thrones entered a Canada Trust bank and handed the teller a piece of paper, with a threatening note written in all caps.

"This is a robbery. I must have at least 10,000 dollars as I am dying in the next few weeks. I have 16 shots and I will make every one count," it read. "You have 30 seconds so let's get going or I start shooting now."

The court heard that the teller went to the cash machine, but that a manager who had "already been suspicious" of Thrones stepped in and took over. The manager withdrew $645 dollars, which he handed over along with a hidden GPS device.

"When Mr. Thrones left, and the police attended, he was tracked through the GPS device, showing him having made a number of stops, including a trip to the liquor store, where he obtained a box of wine with a value of $39.00. He then got into a taxi and directed the driver to Surrey Central station," the sentencing decision reads.

"Mr. Thrones was then stopped, while in the taxi, and arrested in a high-risk take-down fashion. The items connected to the robbery were found with him, but no firearm or other weapon was located."

The defense was asking for a conditional sentencing order, arguing prison was not necessary in this case.

A psychiatric report was submitted but the judge declined to give it any weight because "it was riddled with significant grammatical and other errors, which at times made it nonsensical."

The judge rejected the claim that Thrones was in an altered state when he committed the crime.

"His conduct was planned and purposeful," Sudeyko said.

"Even if he has no use for wine and doesn’t know why he purchased it, and his life was in perfect harmony such that there appears to be no motive for committing the robbery, and that he suffered a brain injury and has no memory for the robbery, the evidence supports that he was fully aware of what he was doing at the time he committed the robbery."

When deciding on a sentence, the defence also asked the judge to consider that Thrones, who is 54, had not committed a crime since 2001. Prior to that, the court heard he had "a lengthy criminal record," including a previous conviction for an armed robbery.

"This is a case that is nonetheless unusual for the length of the gap from what had been a significant and related criminal record to return to crime on this one occasion, in such a big and familiar way, by committing a bank robbery," the judge found.

Thrones' criminal record dates back to his youth. He was taken into foster care at 12 because of physical and sexual abuse in his home, and began living on the streets of Winnipeg at 13. It was then and there that his "substance use and criminality" began, and both would persist into his adulthood. Since moving to B.C. after his last release from prison, Thrones had not been arrested.

Ultimately, the judge found that the 20-year period during which Thrones lived "crime-free" bodes well for his potential rehabilitation. However, the circumstances of the crime itself, Sudeyko said, warranted a prison sentence.

"The seriousness of the offence, a bank robbery with the threat of a firearm, was aggravated by the terms of immediacy imposed in the note," the decision reads.

"General deterrence has particular application to a robbery of a financial institution, since it is logically targeted because of the expectation of large sums of money available, putting employees at significant risk. It is important that those considering robbing a financial institution are aware that a significant sentence awaits their capture."

The sentence of four years was reduced because of the time Thrones spent in custody awaiting trial. He was sent to prison for 985 days.