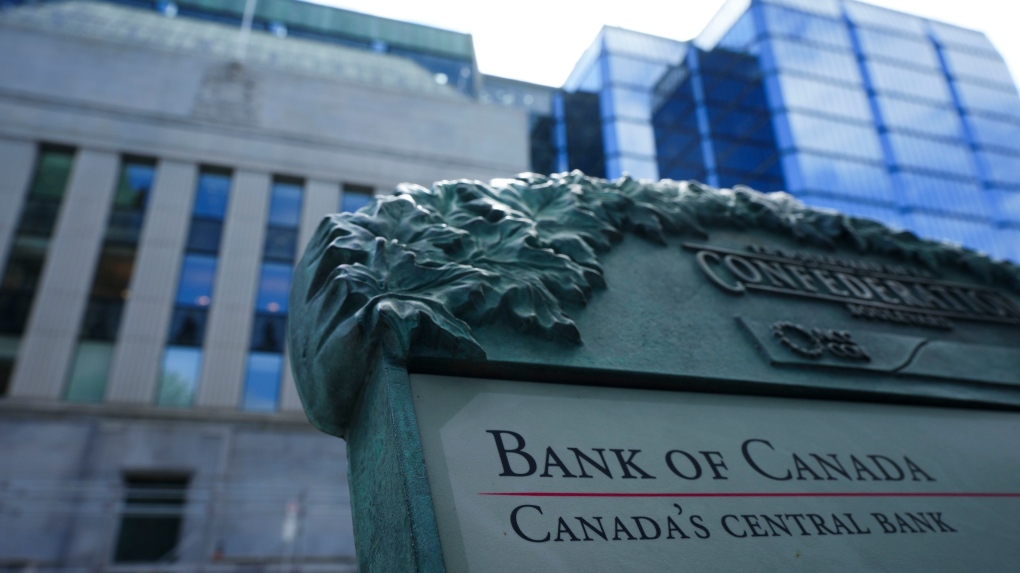 The Bank of Canada is pictured in Ottawa on Tuesday Sept. 6, 2022. THE CANADIAN PRESS/Sean Kilpatrick

The Bank of Canada hiked its key interest rate by half a percentage point Wednesday to 4.25 per cent - the highest it's been since January 2008 - while signalling it may pause its aggressive rate hike cycle.

Since March, the central bank has raised its key interest rate seven consecutive times in an effort to bring inflation down and slow the economy.

“Looking ahead, 1/8 the 3/8 governing council will be considering whether the policy interest rate needs to rise further to bring supply and demand into balance and return inflation to target,” the Bank of Canada said in a news release.

That language is a marked departure from previous announcements where the bank said more rate hikes should be expected.

In note to clients, CIBC chief economist Avery Shenfeld said “the Bank of Canada flashed a yellow card on its rate hiking team.”

In its news release, the Bank of Canada said there's “growing evidence” that higher interest rates are restraining demand in the economy.

The Bank of Canada said economic data released since its October interest rate decision supports its forecast that growth will stall through the end of the year and into the first half of 2023.

At the same time, it said inflation is still too high and short-term inflation expectations remain elevated.

In October, the annual inflation rate was 6.9 per cent, well above the Bank of Canada's two per cent target. However, economists have noted the three-month annualized inflation rate has dropped to below four per cent, suggesting inflation is headed in the right direction.

Forecasters were split on whether the Bank of Canada would opt for a quarter or half percentage point rate hike ahead of Wednesday's decision. Market watchers were also unsure if the central bank would continue raising interest rates in the new year.

CIBC expects the Bank of Canada to pause its rate hikes, but to keep its key rate elevated at 4.25 per cent until 2024.

“While the tightening cycle likely has reached its zenith, we'll need the pain of these higher rates to persist for a while to stall economic growth and thereby cool inflation,” said Shenfeld.

The Bank of Canada will announce its next interest rate decision on Jan. 25.

This report by The Canadian Press was first published Dec. 7, 2022.