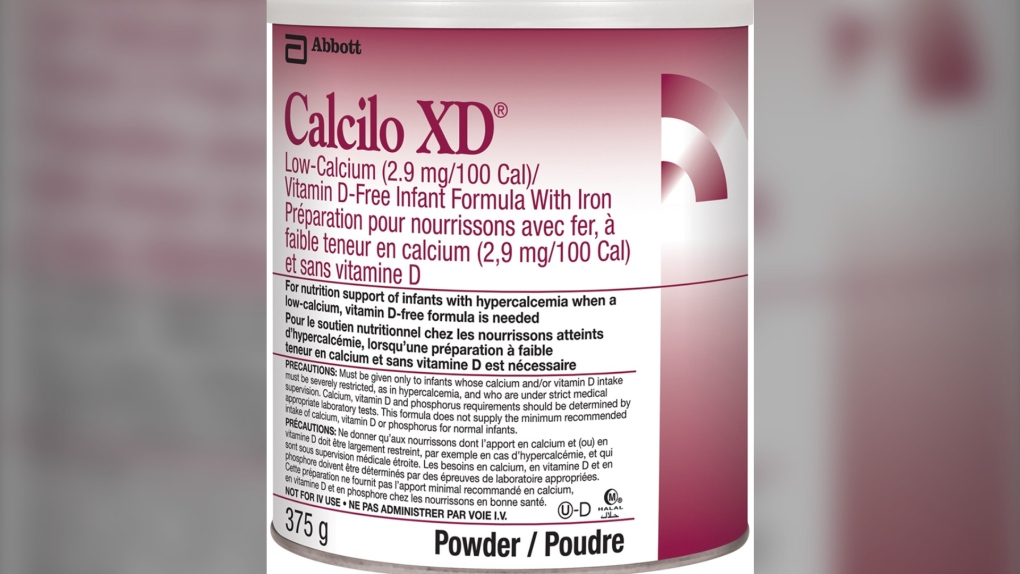 The federal food safety watchdog says a brand of baby formula has been recalled due to rancidity and the product being off-colour.

The Canadian Food Inspection Agency says Abbott Laboratories is recalling its Calcilo XD powder, which was sold in a 375-gram container with the Universal Product Code 0 70074 53329 2.

Anyone who bought the product is advised to throw it out or return it to the location where it was purchased.

The CFIA says there have been reported illnesses associated with the consumption of the product, but it did not specify how many were affected.

The agency says rancid food has an unusual odour and should not be consumed as it may cause symptoms such as nausea, vomiting and diarrhea.

It says the formula was distributed in Alberta, British Columbia, Manitoba, Newfoundland and Labrador, Nova Scotia, Ontario, Quebec and Saskatchewan.

The CFIA says it's conducting a food safety investigation which could lead to other products being recalled.