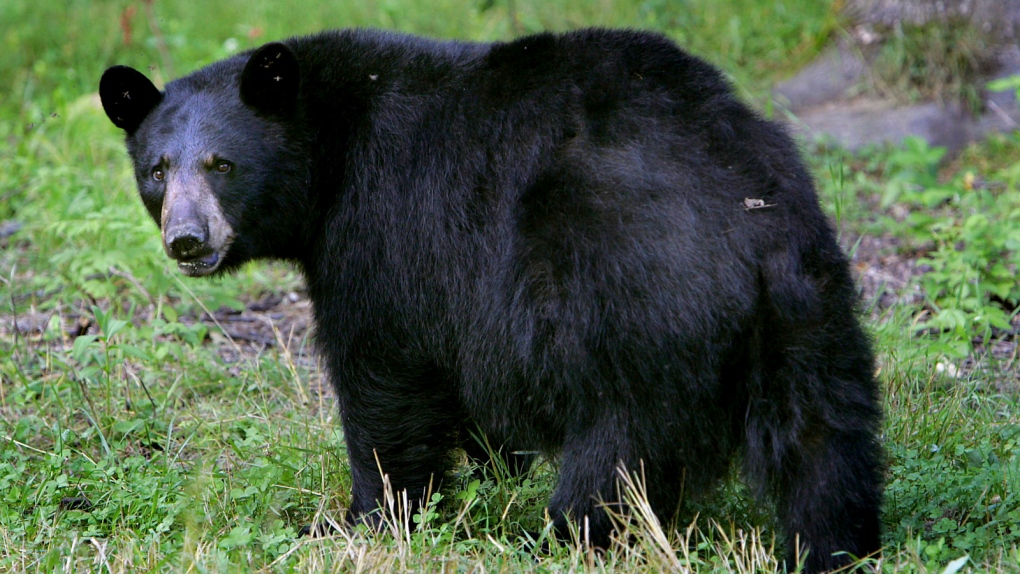 A B.C. woman who was fined $60,000 for attracting black bears to her property and feeding them bulk produce has successfully appealed the steep financial penalty.

On Dec. 1, Zuzana Stevikova was ordered to pay a reduced fine of $10,500, according to a court decision posted online Friday.

The province's Supreme Court found the judge who handed down the original sentence was wrong to impose a fine nearly six times as large as the one recommended in a joint submission by Crown counsel and the defense.

The case against Stevikova dates back to the summer of 2018, the court heard, when the BC Conservation Officer Service received an anonymous complaint that someone had been feeding bears on a Whistler property "for a considerable amount of time."

When officers visited, they saw a mother bear in the driveway and two cubs in a nearby tree, according to an agreed statement of facts presented at Stevikova's initial sentencing hearing,

"The bear was approaching the house with caution and appeared habituated to people," the court documents say.

An attempt to "haze" the adult bear was unsuccessful but all three of the animals were taken off of the property after being tranquilized. The bears were euthanized because the BCCOS determined they had become too habituated to people, too reliant on humans for food, and ultimately posed a "public safety risk."

In 2021, Stevikova pleaded guilty to two offences under the province's Wildlife Act. The BCCOS' investigation had found evidence she fed the bears over two summers, including that she had purchased "10 cases of apples, 50 pounds of carrots and pears, and up to 15 dozen eggs - all on a weekly basis." Bear excrement found on the property was consistent with the animals having eaten at least some of these foods.

In addition, the court heard, she admitted to feeding the bears and naming at least one of them, saying she did so because "she felt the bears needed help, looked skinny and she was concerned for their welfare."

The main reasons for the harsh penalty imposed, according to the sentencing judge, were the deliberate and repeated nature of the offences and the risk posed to both the bears and the public.

Justice J. Miriam Gropper, in striking down the initial penalty, said overriding a joint submission on sentencing can only be done in narrow circumstances.

The legal threshold for doing so is that a judge finds the proposal "so unhinged from the circumstances of the offence and the offender" that it would cause reasonable, objective observers to "believe that the proper functioning of the justice system had broken down."

Gropper found that the strict criteria was not met in the case.

Further, Gropper said the sentence was not a fit one given the circumstances.

In addition to not fitting the circumstances of the particular case, Gropper found the sentence was out of line with the range of sentences imposed in other, similar cases.

Based on Justin Trudeau's first-day fail in the House of Commons, 'meeting the moment' is destined to become the most laughable slogan since the elder Pierre Trudeau’s disastrous campaign rallying cry in 1972, which insisted 'the land is strong' just as the economy tanked.

Parks Canada says visitors will be able to start booking reservations for camping and other activities at its sites across the country in March.

No need for every toxic chemical to have a pollution plan, Ottawa says

The federal government is playing a dangerous game by refusing to force any company that makes or uses toxic chemicals to have a plan in place to prevent them from getting into the environment, a lawyer for the Canadian Environmental Law Association said Monday.

Canada's financial intelligence agency is stepping up the fight against the illicit wildlife trade by taking aim at the criminals who reap big profits from the global racket.