B.C. woman captures intense footage of wildfire as it approaches her farm

Barb Woodburn awoke just after 3:15 a.m. on Aug. 6 to her husband jostling her, telling her she needed to come outside to "see this."

Woodburn hadn't been sleeping well in recent days. That's because the hobby farm she and her husband own north of Cache Creek had been placed on evacuation order due to the Elephant Hill wildfire, a blaze that had grown to over 1,000 square kilometres in size.

She walked outside, and saw orange and red flames licking at the hill less than a kilometre from her home. 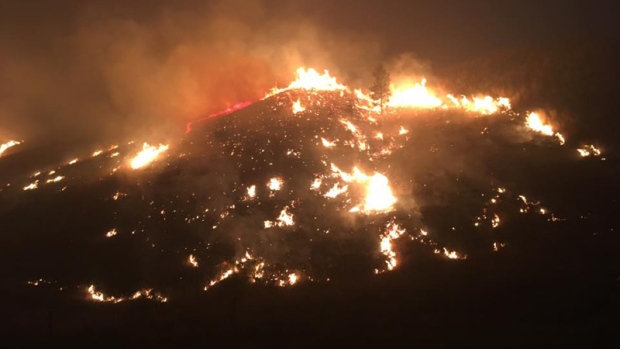 "There were flames in the distance and smoke was everywhere… as far as the eye could see," she told CTV News. "It was like a very angry hillside. It was mad. You could hear—you could hear the fire."

She knew the fire had been approaching, but says that night sticks in her mind as being truly scary.

Woodburn is just one of thousands of British Columbians who live in the path of the province's wildfires during the worst fire season on record.

So far, 10,247 square kilometres have been torched, and the BC Wildfire Service has spent more than $345M fighting it. Fires evacuations have displaced at least 45,000 people, and placed tens of thousands more on evacuation alert.

Woodburn and her husband stayed behind even though their property was placed under an evacuation order. Fire officials advise against that.

But Woodburn was housing her own horses, chickens, sheep and other animals on the 42-acre property as well as other peoples' animals that were evacuated from Loon Lake, Clinton and Maiden Creek. In all, she had five sets of evacuated horses that she felt she couldn’t leave.

"We thought, well, there’s no way that we can get them out," she said. 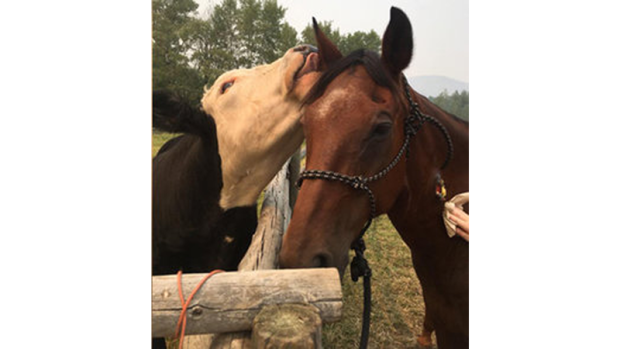 She also felt she could better protect her home by staying behind.

"I honestly feel that if we weren’t there, I think our place might have gone down," she said.

The couple set up sprinklers and watered down the barns. They tested the sprinklers every day. A neighbor also set up a fire guard.

The firefighters on patrol were also incredibly helpful, she says, recounting how some came over and made sure her house was safe and that she had water. Unlike others under evacuation order or alert, the power at Woodburn's house stayed on.

"[We've] been in the game a long time, and understand fire behavior. We have the most current and up-to-date information on how these fires are behaving," he said.

But he also says he sympathizes with those who want to stay to protect their homes and livestock, adding that local knowledge about the land can be valuable.

Woodburn says that when you choose to live in the country, hazards like flooding and wildfires are part of the package.

But she always planned to leave if things turned too dangerous.

"We had a plan," she said. "We said we’re going to do what it takes to keep our house safe. But our house is a house, our life is a life. You can’t replace life." 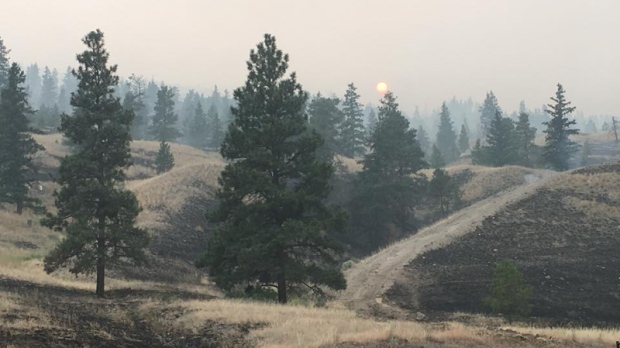 Eyes and ears for evacuated neighbours

CTV learned about Woodburn’s close encounter with the fire because she shared images of it in a Facebook post. Woodburn took to documenting her experience in the evacuation zone around her home in daily social media updates, making them public for all to see.

She took to being her neighbours' eyes and ears on the ground, chastising others when they posted about houses burning down with no evidence.

She says she felt compelled to share to dispel all the rumours swirling among people in her community about what had happened to their homes in the fire.

"Everybody’s scared. You cannot say stuff like [someone's house burned down]. Assume the best, don’t assume the worst," she said. 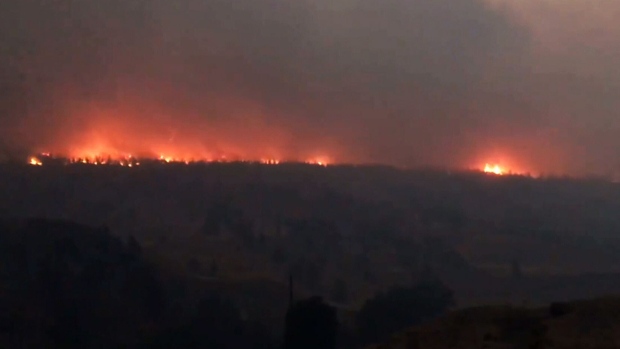 In the end, the flames on the hill that night were the closest the wildfire came to Woodburn's house. She says that the fire had an eerie sort of beauty to it, if you could forget it was putting people and homes in danger.

"It was the most beautiful sight that you could ever see. Like when you go to Disneyland and see all those sparkling lights," she said.