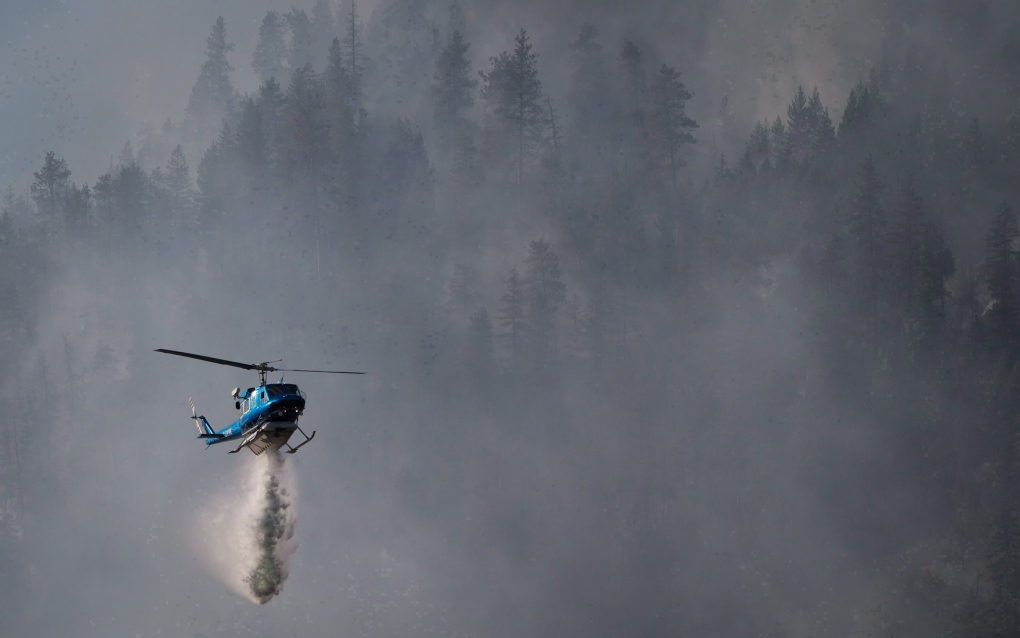 A helicopter drops water on a wildfire in Peachland, B.C., on Monday September 10, 2012. (Darryl Dyck / THE CANADIAN PRESS)
Vancouver -

Rainfall in the next three weeks is crucial if British Columbia hopes to avoid a devastating wildfire season, but the latest outlook from the BC Wildfire Service offers little optimism.

The service says rainfall and temperatures were near normal across the northern half of the province in May, but the same period was significantly drier than average throughout southern B.C.

Warmer and drier conditions are expected to persist in June across most of the south, while the wildfire service outlook says there's no clear trend for the rest of the province.

The current wildfire danger rating shows most of the province at a “very low” or “low” risk, meaning wildfires can start but are unlikely to grow.

The outlook says Kelowna and Vernon just set records for the least amount of spring rainfall, Kamloops saw its second-driest spring in more than a century and many southern communities received less than 40 per cent of expected precipitation.

Nearly 300 wildfires have been sparked in B.C. since April 1, which is higher than normal, and the wildfire service says If the conditions remain the same, southern B.C. can expect an above-average fire season.

“If the current weather trends continue, we can expect both the frequency and size of fires to increase as grass and other fine fuels start to 'cure' or dry out,” the outlook says.

Lightning strikes increase in July, raising the potential for natural fire starts, says the forest service, especially in areas where the highest fire hazard already exists, such as the Okanagan, Cariboo, and the southeastern corner and eastern side of the Rocky Mountains.

This report by The Canadian Press was first published June 8, 2021.