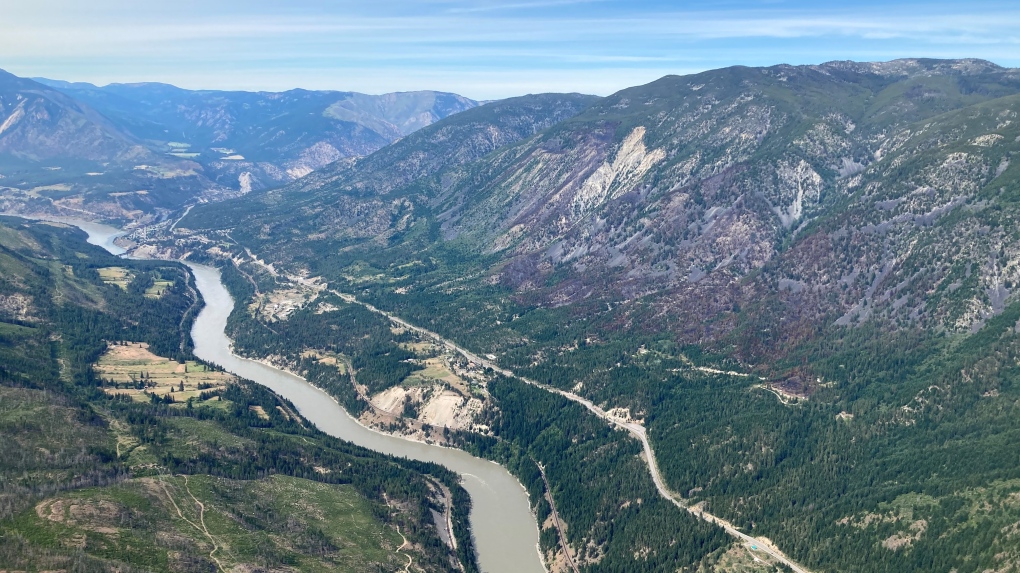 Officials said in an update Monday afternoon that previous alerts issued by the Lytton First Nation and Thompson-Nicola Regional District have been withdrawn.

However, the latest post on the BC Wildfire Service's website still classified the fire off George Road as "out of control."

The blaze, which was first noted Thursday as being just 80 hectares (0.8 square kilometres), has grown to 350 hectares (3.5 kilometres).

The BCWS said the fire is burning in "inoperable" terrain.

As B.C. experiences its first heat wave of the summer, crews will continue to fight the fire from the ground and air.

The latest information from the service is that its cause is believed to be human, though it is still under investigation.

Wildfires have been sparked by something as small as a discarded cigarette in the past.

As of Monday's update, there are 60 firefighters, eight helicopters and two pieces of heavy equipment assigned to the fire near Lytton, as well as two water tenders.