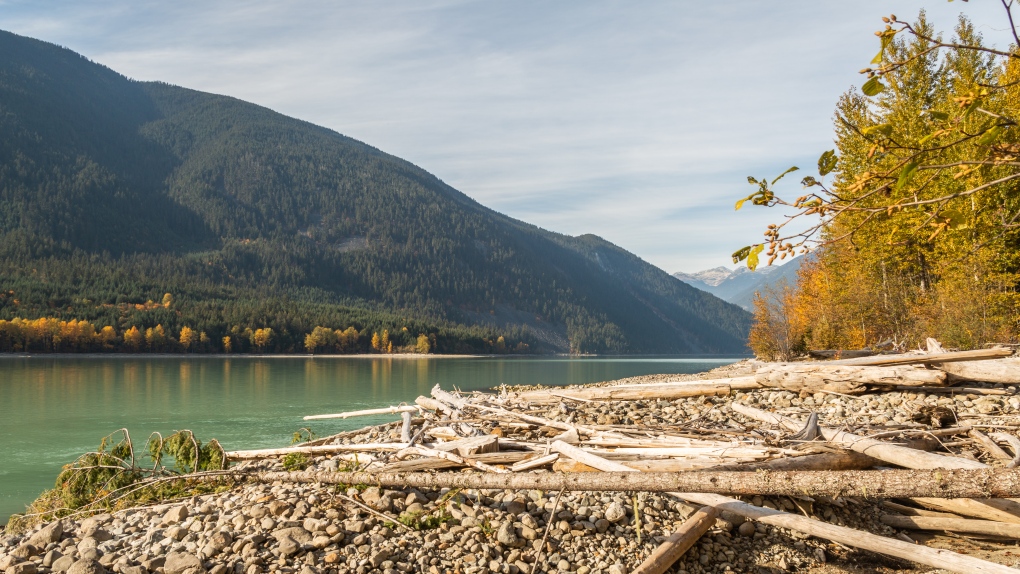 Looking towards Pemberton, B.C., in the fall in this undated image. (Shutterstock)

Nearly a dozen temperature records were broken in B.C. Sunday as parts of the province experienced a warm fall weekend.

Preliminary data from Environment Canada showed 11 areas set new records for high temperatures Sept. 25 and many of them were decades old.

The temperature records that were broken, according to Environment Canada, include:

In Metro Vancouver, high temperatures are expected to hover around 20 C for most of the week, except on Wednesday when it's predicted to be rainy with a high of 17 C.

Earlier this month, forecasters with the Weather Network predicted B.C.'s fall season would start warm and dry, but change to a much wetter weather pattern in October and November.

"A typical number of fall storms and rainy days are expected, but this should result in above-normal precipitation totals as moisture-laden systems will bring the risk for excessive rainfall at times," the Weather Network's fall prediction for B.C. said.

"Near-normal temperatures at the end of the season should also allow the ski season to get underway relatively on time."

A judge has acquitted Maj.-Gen. Dany Fortin of sexual assault over an allegation that dates back to 1988. The allegation stemmed from his time at the military college in St-Jean-sur-Richelieu, Que., which the complainant also attended.

'Doesn't line up': MPs challenge minister over instances of MAID offered to veterans

Veterans Affairs Minister Lawrence MacAulay was challenged by MPs on Monday about how the federal government is handling the growing number of veterans who've reported being offered medical assistance in dying.

Just days after introducing her first bill as Alberta’s premier, Danielle Smith says she is prepared to make changes after widespread criticism that the legislation grants unchecked power.

Prince Harry said the royal household regularly leak stories about each other, calling it 'a dirty game' in a new trailer released on Monday for the much-anticipated Netflix documentary series about him and his wife Meghan.

An Alberta mother is recounting her experience arriving at a packed children's hospital when her young daughter was in dire need of help.

Prime Minister Justin Trudeau says he is listening to concerns that some of the firearms his government is looking to ban are in fact used more for hunting.

Hundreds of people gathered on Sunday night to honour four Indigenous women believed to have been murdered by an alleged serial killer.

Prime Minister Justin Trudeau and Ontario Premier Doug Fourd were in in Ingersoll, Ont. Monday to make an announcement about electrical vehicle manufacturing.