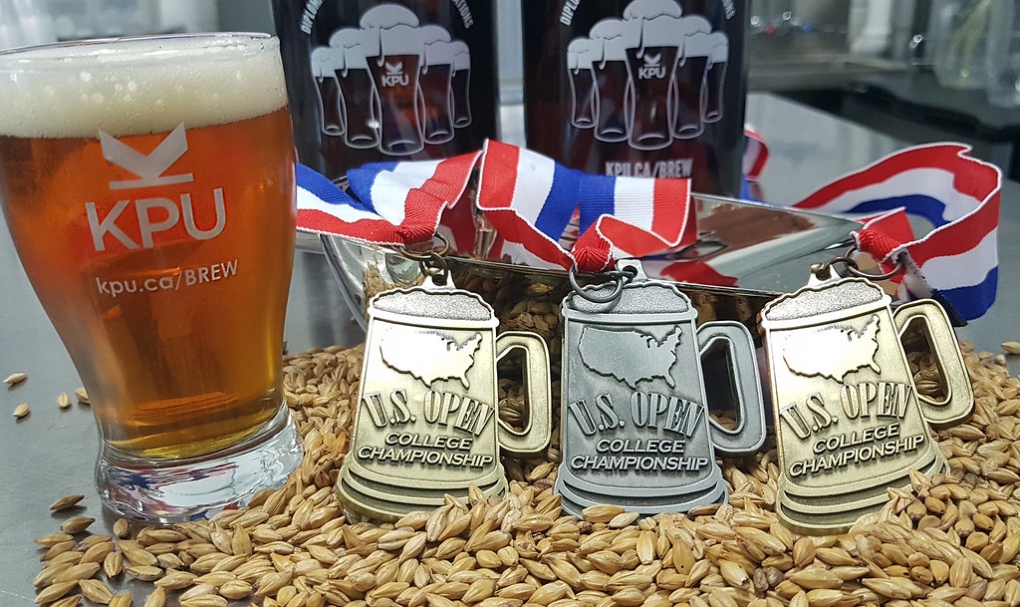 Most universities are known for students drinking beer, not making it.

But Kwantlen Polytechnic University is being recognized as having the best student-made beers across the continent.

The school has taken home the title of national grand champion of the U.S. Open College Beer Championship as the school that makes the best brews in North America for the first time.

The university first competed in the competition two years ago.

"This was absolutely great news for us. We were really delighted with the success, particularly with how our students did," said Alek Egi, the program's chair and brewing manager, who helped launch the program four years ago.

"It gives us something to brag about."

The competition has five categories: Belgian, Bavarian, stout, IPA and open. Students can submit any type of beer for consideration in the open category.

Students took home three awards, winning gold in the Bavarian category with their 50/50 Hefe – described by Egi as "very drinkable, not very bitter" - and gold in the open category for its hazy IPA.

"It has a really, really nice hoppy flavour and a nice good bitterness," said Egi about the IPA. "It's a nice balance between the bitterness and the hoppiness."

The school also won silver for its submission in the stout category.

"It definitely puts us on the map. It's definitely nice to have a chance to compete against other schools," said Egi about the win. "We're definitely the youngest in Canada for sure, as we've really only been brewing for four years."

He says the school competed against 13 others in the championships, including one other Canadian competitor from the Niagara region.

It's not the first time the school has been recognized for its brewing abilities. Students won gold and silver medals in the 2017 competition and silver and bronze in 2018.

The school sells the beers its students produce every Friday, from 1 to 6 p.m.

But of the winners, Egi was coy about his favourite.

"I really like them all, they're all good beers."