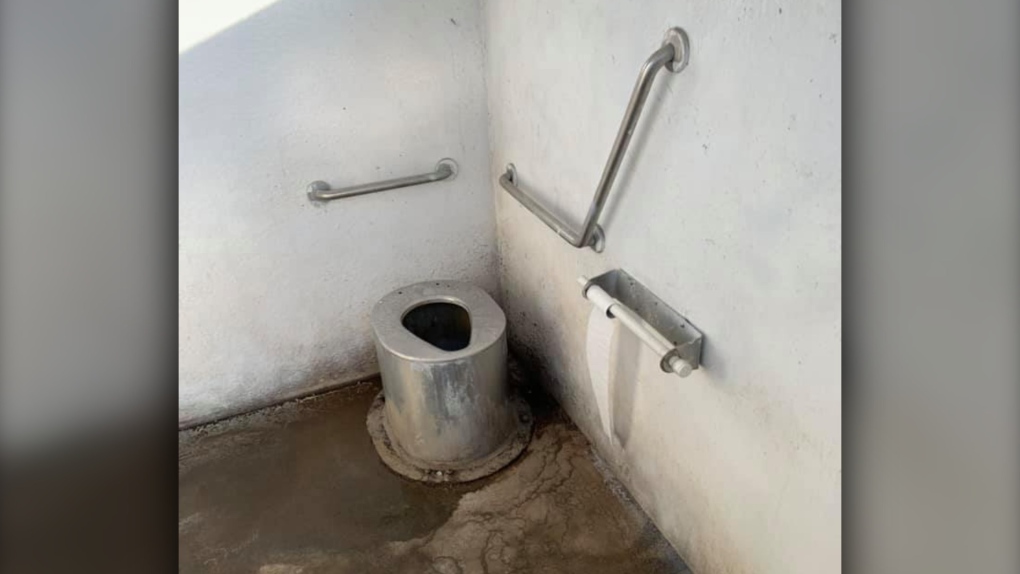 VANCOUVER -- As the COVID-19 crisis continues, truck drivers are helping keep store shelves stocked with food and other essential items, with little recognition from public officials.

Nowhere is that more clear than in the bathroom facilities they're being forced to use.

In recent days, frustrated truckers have been sharing pictures on social media of the conditions in roadside restrooms they've encountered while hauling goods across British Columbia.

Some are in clear need of cleaning, with human waste on the toilet and surrounding area. Others are essentially outhouses indoors, with no working lights, running water, hand sanitizer, toilet seats – or even toilet paper.

Dan Dickey, a truck driver of 30 years who runs the B.C. Trucker website, said conditions at some rest stops and weighing stations have been poor as long as he can remember, but it's become a much bigger issue during the pandemic because drivers have fewer alternative options when nature calls. That's doubly true when driving overnight.

"The problem now with COVID-19 is that a lot of what used to be 24-hour facilities like Tim Hortons, McDonald's, some gas stations, they're no longer 24 hours," Dickey told CTV News.

"They're running on half staff. And restaurants are not letting you into their building. You can order your food and you can pick it up, that's it."

Without as many private restrooms available, truck drivers will sometimes find themselves walking into a pitch-black rest stop after dark to, as Dickey put it, "point and shoot and hope for the best."

One such restrooms is located at the truck scale in Kamloops, which, in contrast to the prison located less than a kilometre away, does not have flush toilets or lights.

Dickey argued if prisoners were being asked to use the kind of facilities truckers are, it would be a scandal.

"If the BC Civil Liberties Association saw that in a prison, the government would be getting sued left, right and centre," he said.

Dickey acknowledged truckers are at least partly responsible for the condition of the bathrooms, though he noted they share many of the facilities with the general public. He also said it's been his experience that restrooms with flush toilets, sinks and other amenities that most people take for granted are generally kept in much better condition.

"You go up the Coquihalla on the Zopkios brake check, it's a full heated washroom," he said. "They're well looked after both by the people that use them and the people that have to maintain them."

Asked whether there are plans to improve cleaning protocols or upgrade facilities during the COVID-19 crisis, the Ministry of Transportation and Infrastructure told CTV News it is "exploring options for additional washroom facilities for commercial drivers throughout B.C." 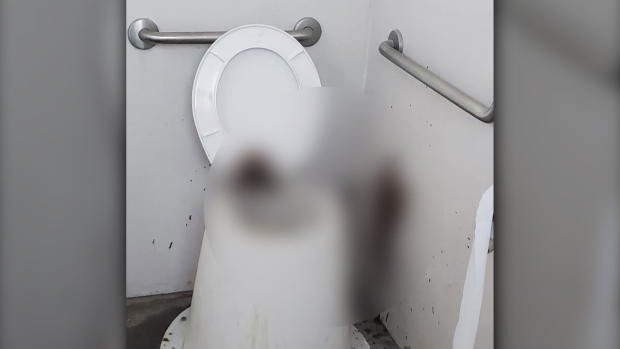 What those options might look like is unclear. The province also noted that maintenance for roadside restrooms is performed by private contractors.

"They are systematically monitoring rest areas daily to ensure the facilities are clean, sanitary and well-stocked," the ministry said in an email statement. "If people encounter less than ideal conditions at any provincial rest area, at any time, they are encouraged to contact the appropriate maintenance contractor or nearest ministry office."

The government added that it has already installed some additional portable washrooms at commercial vehicle inspection stations in the Lower Mainland.

Dickey said he doesn't blame the contractors, who are doing an unpleasant job to the best of their abilities. He just wants to see the government step up and get rid of so-called "pit toilets" in favour of flush toilets and working sinks once and for all.

In the meantime, he said some hand sanitizer would be a start – to keep people from catching the virus that many people are currently hiding from in the safety of their homes.

"The reason I'm particularly hostile about this issue is I'm a three-time cancer survivor, so I have a weakened immune system," he said. "Now I'm concerned about walking in and grabbing a door handle."