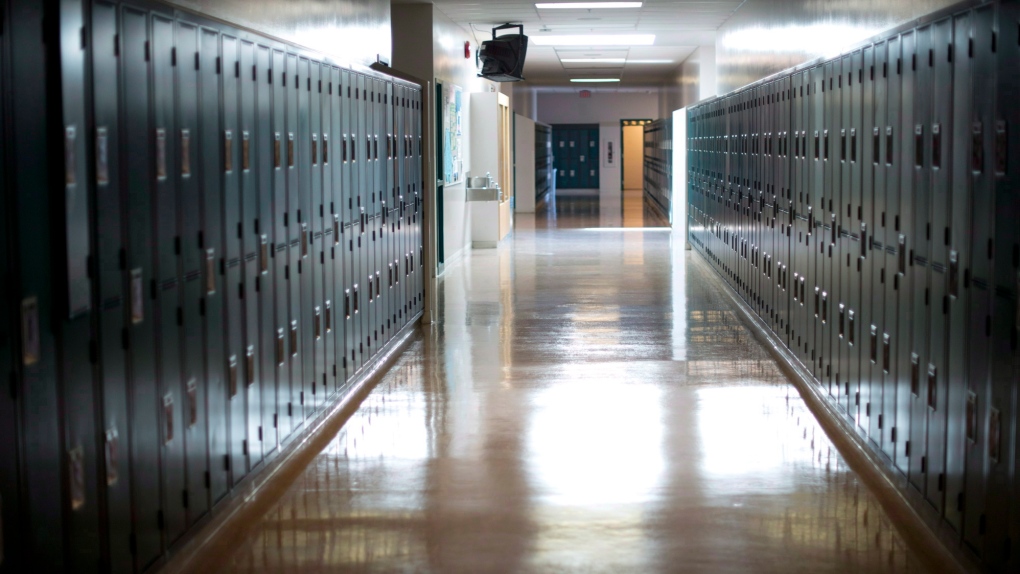 A empty hallway is seen at a school in this Sept. 5, 2014 file photo. (Jonathan Hayward / THE CANADIAN PRESS)

A B.C. teacher has been suspended for 15 years for having "inappropriate" relationships with two students they hired to work for them after graduation.

The misconduct was reported in 2020. A consent resolution agreement provides some details about what occurred, but does not name the teacher, citing a section of the province's Teachers Act that allows such documents to be published anonymously "to protect the identity of students who were harmed, abused or exploited." Neither the gender of the teacher nor of the students is specified.

The teacher worked in Surrey and hired both of the students for positions in an unspecified company that required travel, the disciplinary decision says.

In the case of Student A, they accompanied their former teacher on three separate trips after being hired shortly after their high school graduation.

"The teacher made overnight accommodations which made Student A uncomfortable as they involved Student A sharing close quarters with the teacher instead of Student A having their own room," the agreement says.

For Student B, the teacher stayed in touch with them for approximately a year before offering them a job. This student only accompanied their former teacher on a single trip.

"During this trip, the teacher entered into an intimate personal relationship with Student B. Student B quit the job approximately one week after returning from the trip," according to the agreement.

The B.C. Commissioner for Teacher Regulation said a 15-year suspension was an appropriate consequence given the "pattern of behaviour involving inappropriate relationships with recently graduated former students."