B.C. taking 'step back' from COVID-19 screening at border 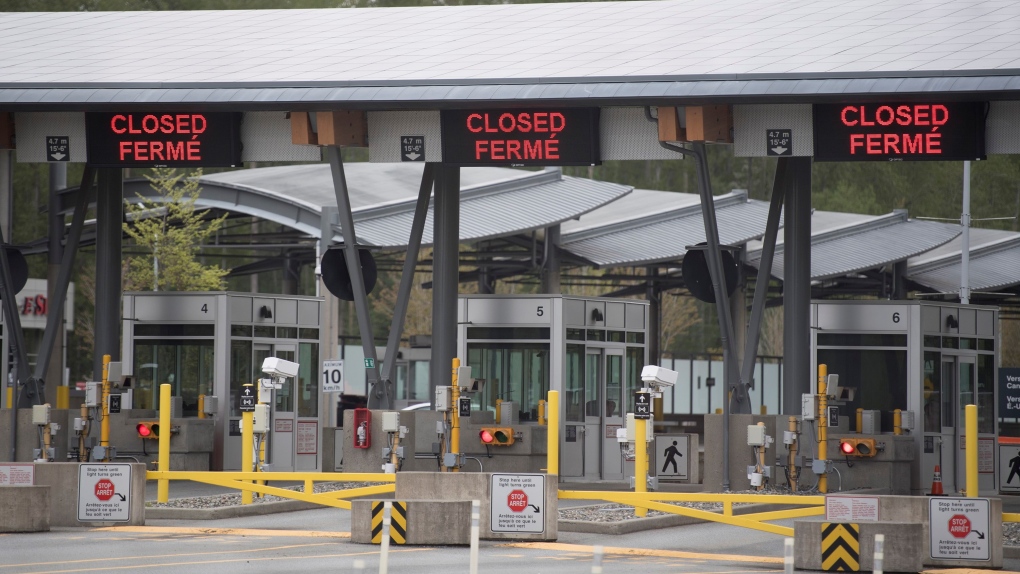 VANCOUVER -- British Columbia is stepping back from its role in screening travellers arriving from other countries, the province announced Friday.

Since April, B.C. officials have been leading the effort to ensure that all travellers arriving in the province during the COVID-19 pandemic have a 14-day self-isolation plan that complies with the federal Quarantine Act, as well as provincial health regulations.

Beginning Saturday, that role will return to federal officials, the province announced in a news release Friday.

While federal workers will be taking over the screening of travellers at the border, Service BC will continue its role in performing compliance and wellness checks on recent arrivals during their 14-day self-isolation periods, the province said.

“B.C. continues to be a North American leader in the fight against COVID-19, and much credit goes to the hundreds of B.C. public service employees who raised their hands to make sure those arriving home do so safely – both for themselves and for all of us working to keep COVID-19 at bay,” said Premier John Horgan in the release. “The work to put these processes in place in such a short amount of time has been extraordinary, and this would not have been possible if it weren’t for the co-operation and collaboration of the federal government, the Vancouver Airport Authority and our network of public safety partners.”

“The evolution of federally led border measures has allowed the B.C. public service to step back from border screenings and redeploy our resources to best limit the spread of COVID-19 in British Columbia,” Farnworth said in the release. “The hundreds of public servants who deployed to YVR and the land borders – and indeed all British Columbians – should be proud of what we’ve achieved together.”

The change comes as reports have surfaced of Americans using an apparent loophole in the border closure to visit Canada by saying they are en route to Alaska.

Such travel is allowed under the agreement between Canada and the United States, according to the Canada Border Services Agency, but travellers are required to limit the stops along the way and quarantine when not actively travelling.

American travellers who turned up at a campground in Golden, B.C., last week were ordered to stay there for a full 14-day quarantine, according to the campground's owners.

Between April 10 and June 15, B.C. officials processed more than 72,000 travellers arriving at border-crossings and landing at Vancouver International Airport, according to the provincial government.

Officials performed more than 26,000 follow-up calls with those self-isolating in the province during that time, and B.C. has housed a total of 142 people whose self-isolation plans were initially deemed inadequate.

Though B.C. is ceding regular border checks to the federal government, it will continue to screen temporary foreign workers arriving for seasonal farm work, the province said Friday.

Such workers are required to self-isolate in government-funded accommodations near the airport for 14 days. They are then screened by health-care workers before being transported to farms around the province.