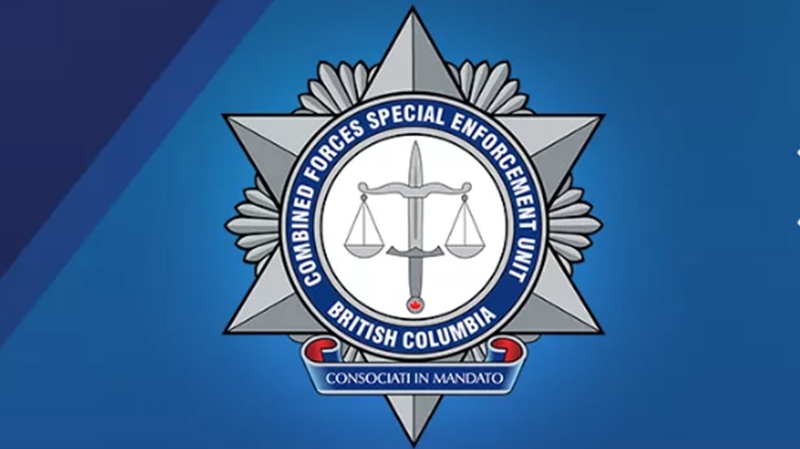 VANCOUVER -- A Coquitlam man has been sentenced to three years in jail and handed a 10-year prohibition on owning firearms after acting as a "straw purchaser," according to the police unit tasked with investigating gang activity in B.C.

The Combined Forces Special Enforcement Unit of B.C. says in a news release that 27-year-old Ashton Dickinson pleaded guilty to possession of a prohibited or restricted firearm with ammunition and weapons trafficking on Feb. 18.

CFSEU-BC says police agencies have noticed an increase in domestic straw purchasers - people who purchase guns legally but then sell them on the black market - over the last year.

The charges against Dickinson were the result of an investigation that began in early 2019, according to the CFSEU-BC. With the help of the RCMP-led National Weapons Enforcement Support Team, officers began looking into allegations that Dickinson had legally purchased 39 restricted firearms in a seven-month period between April and November 2018.

In February 2019, Coquitlam RCMP arrested Dickinson for an unrelated reason, the CFSEU-BC said. While at his home, Mounties "observed numerous firearms not legally stored and seized them as part of their investigation," the unit added in its release.

Investigators determined that the man had 41 firearms registered in his name with the provincial firearms officer, and was required to have them stored securely at his home.

CFSEU-BC officers executed a search warrant at Dickinson's home in an attempt to find the 41 weapons.