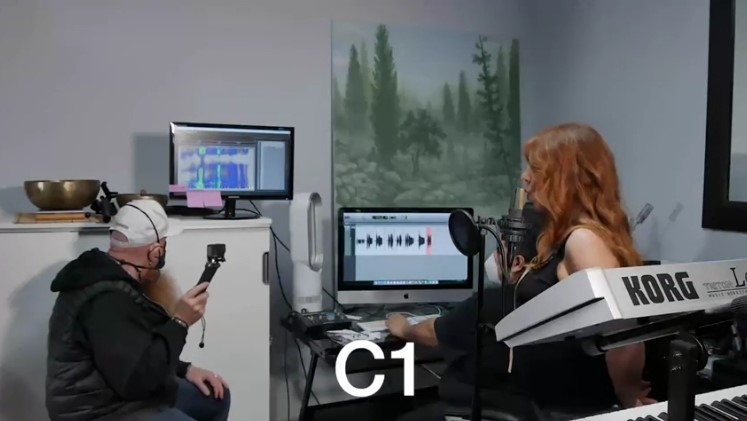 A video uploaded to YouTube shows Joy Chapman becoming a Guinness World Record-holder by hitting the lowest vocal note sung by a woman.

Joy Chapman says getting people to believe her on April 1 was challenging. She had to forward her manager the email from Guinness to convince him.

Chapman broke the record by hitting a C1 – the lowest note on a piano. It took a number of attempts over a tough year, during which her mother died and COVID-19 forced the closure of her studio space.

The singer's first attempts were last Spring. In February, she finally succeeded when special equipment was brought into her home studio.

Chapman said she started singing as a child in church. It helped that her mother was a music school teacher.

Other Guinness World Record holders from B.C. include a Vancouver woman who holds the title for the world’s oldest curler and a Simon Fraser University student who earned his spot in the record books by juggling upside down. The province is also home to the world's largest robotic snake.

According to the Guinness World Record website, the subject of each world title attempt must be significantly different from existing records and demonstrate a new skill. Submitted proof must adhere to strict guidelines. Almost 30 per cent of the submissions are not approved because the evidence is insufficient or incorrect, reads the website.

Guinness World Records says the person who holds the most titles is New York born 62-year-old Ashrita Furman. At last count, he has broken more than 600 records and holds more than 200 current Guinness titles including for long distance pogo-stick jumping, most glasses balanced on chin and most hop-scotch games in 24 hours.