B.C. server who was fired after asking staff to use they/them pronouns awarded $30K 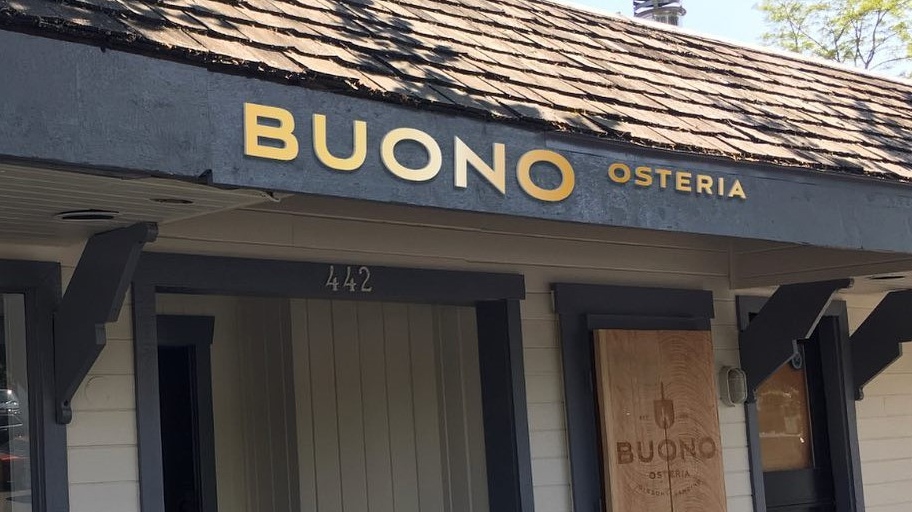 The front entrance of Buono Osteria, in Gibsons, B.C., is seen in an image from the restaurant's Facebook page.
Vancouver -

A transgender server who was fired from a restaurant on B.C.'s Sunshine Coast after asking staff to use their correct pronouns has been awarded $30,000 in compensation.

In a ruling this week, the B.C. Human Rights Tribunal found Jessie Nelson, who is non-binary and uses the pronouns they and them, was discriminated against based on their gender identity and expression.

The tribunal heard the problems at Buono Osteria, an Italian eatery in the town of Gibsons, began shortly after Nelson began working there in May 2019.

While general manager Ryan Kingsberry and other staff members made an earnest effort to refer to Nelson by the proper pronouns – with Kingsberry on some occasions even correcting employees who slipped up – the server faced increasing pushback from the bar manager.

According to the ruling, issued Wednesday by tribunal member Devyn Cousineau, bar manager Brian Gobelle continued referring to Nelson by incorrect pronouns and used gendered nicknames such as "sweetheart," "sweetie" and "honey" against their objections.

Their working relationship soured even more after a staff meeting in June, during which Nelson suggested Buono Osteria greet guests with terms such as "folks" and "friends" to avoid accidentally misgendering them.

Gobelle left the meeting in a huff, the tribunal heard, and subsequently made Nelson's job difficult by sometimes refusing to co-operate or communicate on drink orders.

The tensions eventually erupted into a verbal altercation, which ended with the bar manager approaching head chef Michael Buono in the restaurant's private dining room and threatening to quit.

The tribunal heard Nelson then gave Gobelle a "parting slap on the back" and said, sarcastically, something to the effect of, "Have a good night, sweetie."

The server acknowledged trying to use Gobelle's own language to hurt him, telling the tribunal it was "not (their) finest hour."

Days after the incident, Nelson received a phone call from Kingsberry informing them they were being fired without cause during their probationary period. Nelson had only been working at Buono Osteria for about four weeks.

In a conversation on speaker phone, witnessed by another employee and a friend of Nelson's, the server pressed the general manager for details and was told they had come off "too strong too fast" and been too "militant" – a term Nelson said they had heard from Gobelle previously.

Kingsberry did not appear at the tribunal's hearing, leaving the testimony of Nelson and the two witnesses to the phone call uncontested.

While management at the restaurant tried to argue the firing resulted from Nelson slapping Gobelle's back – something they and the bar manager tried to frame as an assault – it was never mentioned on the call, and Cousineau was unconvinced.

"It is apparent that Jessie Nelson was terminated in connection with their efforts to address discrimination," the tribunal member wrote. "They were terminated because of how they responded to discrimination. They were held to a higher standard of conduct than Mr. Gobelle, and the discriminatory context of the dispute was ignored."

When deciding on damages, Cousineau considered the nature of the discrimination, the social context in which it happened, and the effect on the complainant.

When summing up the impacts on Nelson, the tribunal member chose to quote from the server's testimony. Nelson told the tribunal their interview at Buono Osteria was one of the first where they felt confident enough to disclose their gender identity.

"I was like, you know what, I'm going to be fully myself. I deserve that. I'm 32 years old. I've lived long enough pretending," Nelson told the tribunal.

They said the subsequent treatment they experienced, and their eventual firing, was "devastating."

"It's a piece of trauma in a long line of trauma for a trans person living a trans experience," Nelson said.

"I am here today in bringing this forward because it is important for me, as a trans person, to have my existence respected. I'm a human being, with a beating heart and a desire to be seen and valued and heard in the world. And I'm also here for every other current and future trans or queer person working in a service or customer-facing setting so that hopefully this doesn't happen anymore."

For his part, Gobelle's memory was described as "very poor," which he blamed on a head injury.

Cousineau ultimately ordered the restaurant and Gobelle to pay Nelson $10,000 combined, and for the restaurant, Kingsberry and Buono to pay them another $20,000.

The restaurant was also ordered to implement mandatory training for staff on human rights in the workplace lasting no less than two hours.