B.C. seized 1.6 million cigarettes' worth of contraband tobacco over 3 months 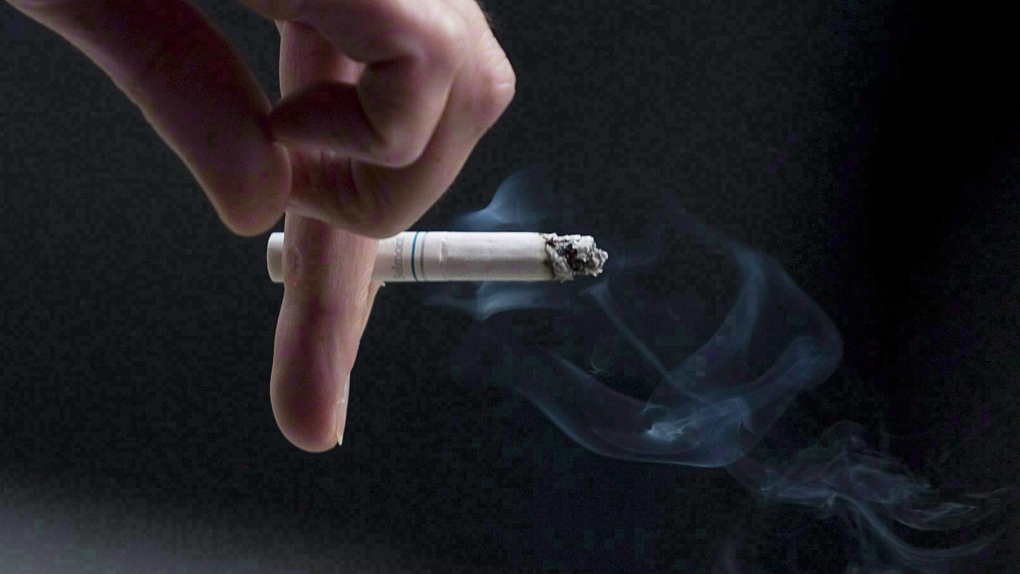 A person smokes a cigarette in this September 2009 file image. (Pawel Dwulit / THE CANADIAN PRESS)

The B.C. government's ongoing battle against illegal tobacco resulted in the seizure of roughly 1.6 million cigarettes' worth of the contraband over a period of just three months.

The Ministry of Finance said its investigations unit seized 1.5 million grams of illegal tobacco that was destined for the Lower Mainland during the first quarter of the 2019-20 fiscal year.

That represents more than $425,000 in lost tax revenue that could have helped fund health care and education programs, according to the ministry.

Contraband tobacco is appealing to some smokers because it's cheaper than store-bought cigarettes, but the government warned it also contributes to "increased criminal activities, such as organized crime and drug and gun trafficking."

The tobacco was seized during three operations, the largest of which netted 1,558,040 grams from Vancouver and Burnaby. Another 10,000 grams was seized from the Downtown Eastside, and a relatively small haul of 1,140 grams was seized in Richmond.

That's on top of another 5.75 million grams of contraband tobacco that the government seized in Vancouver during the 2018-19 fiscal year.

The province works to curb illegal sales by partnering with local police forces, the RCMP, the Canada Border Services Agency and the Canada Revenue Agency, but said people can also report illegal sales through its tip line at 1-877-977-0858.