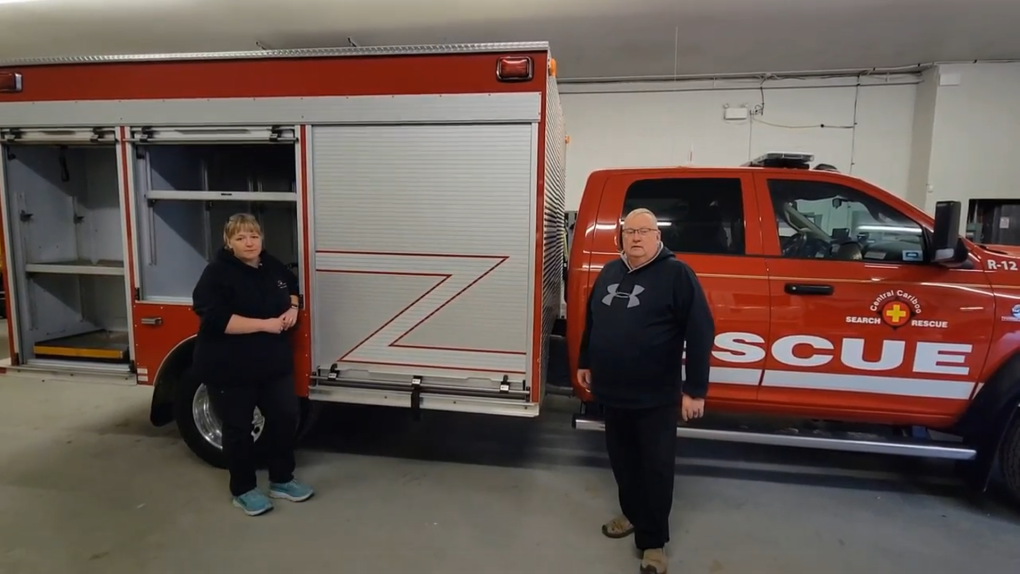 A search and rescue team in Williams Lake, B.C., is renewing its call for information on the whereabouts of tens of thousands of dollars worth of equipment that was stolen from it earlier this year.

Central Cariboo Search and Rescue saw the newer of its two rescue trucks stolen in early April. The vehicle, which the group purchased new in 2021, was recovered about a week later, but it was missing all of the lifesaving tools that had been stored inside of it.

The RCMP initially held onto the recovered truck as evidence. Then, the vehicle needed some minor repairs.

CCSAR Chief Rick White told CTV News the team got the truck back in its possession last week.

"It was out for repairs at the body shop, mechanical inspection, getting the mirror replaced and a few little pieces, and there are some other little pieces on order, but if we had the (rescue) equipment, we could use it," White said. "The people that took it could've done a lot worse to it."

Of course, without the rescue equipment, the vehicle is still out of commission.

White said CCSAR is working with the Cariboo Regional District on an insurance claim. He estimated the value of the stolen tools at $225,000 to $250,000, more money than the organization can afford at the moment.

The group has already received donations of backup equipment from other search teams, and White said a public appeal for help buying new tools could be coming in the future.

"That is something we might look at, down the road, once we see how much insurance is going to cover," he said. "We'll probably proceed with some fundraising at that point."

The ideal solution, however, would simply be to recover the equipment that was stolen. That's what White and his team hope will happen.

He said the resale market for stolen search and rescue tools is limited, especially because the theft from CCSAR has been well publicized.

"None of the tools are useful to them," White said, referring to the thieves who took the equipment.

"Some of them – three of them – are battery operated," he added. "Once the batteries go dead, (the thieves) don't have the chargers. It had two truck radios in it, which are password-protected. They don't know the passwords, so they're not good for (the thieves)."

CCSAR is asking anyone who has information on the whereabouts of the missing equipment to come forward. The organization says tips can be provided to it directly, or to the RCMP or Crime Stoppers.

White even suggested that whoever has the stolen items could leave them at a local business anonymously.

"They can leave it somewhere, drop it off, call the business in a couple hours and say, 'Hey, there's some stuff behind your building you should get back to rescue,'" he said.

"We're just hoping that these people have a heart and have finished playing with our lifesaving tools and can get them back to us."