Last month, the province’s top doctor announced that the B.C. Centre for Disease Control had conducted a “point prevalence” analysis, where they screened every positive case of COVID-19 from Jan. 30 to Feb. 5 to determine whether there were variants spreading in the community, finding only three out of 3,099 cases.

But at a modelling presentation on Thursday, Dr. Bonnie Henry used a slide with a graphic that indicated dozens of cases for variant screening during the fifth week of the year. Not only that, some scientists in the province recently received updated data from the B.C. CDC, including a graphic obtained by CTV News indicating the “overall prevalence” of variants in that survey was actually 28.

That is to say, nearly 10 times more cases than Henry described.

On Monday, Henry acknowledged there were many more samples that tested positive for the N501Y mutation shared by all variants.

“There was about 30 – so about one per cent were positive for the screening test, and that was some of the data that I reported at the modelling and then there were three of those that had done at the time that I reported it, so it was slightly higher,” said Henry.

On Feb. 12 when she first discussed the screening she’d used the much smaller number as reassurance there wasn’t a plethora of cases unknown to researchers or public health officials.

“You know, the good news is that right now with those 3,099 cases that were screened and the whole genome sequencing was done, it was 0.1 per cent that we're seeing right now,” she’d said at the time.

The information was not easy to confirm. CTV News has made multiple attempts to clarify the numbers and the discrepancy with the CDC, but despite telling us it was working on a response early Friday afternoon, the agency has not provided any information despite further emails and phone calls.

UBC biomathematician Sally Otto has raised concerns about the transmissibility of variants and how many we’re able to detect in the community and noted the discrepancy in the modelling presentation as well, which she also saw as being significantly higher than what was disclosed to the public weeks earlier.

“The lack of clear data on the variants of concern has hampered our ability to forecast the spread of B.1.1.7 in B.C. and has misled us into underestimating the risks posed by VOC in the province,” said Otto. 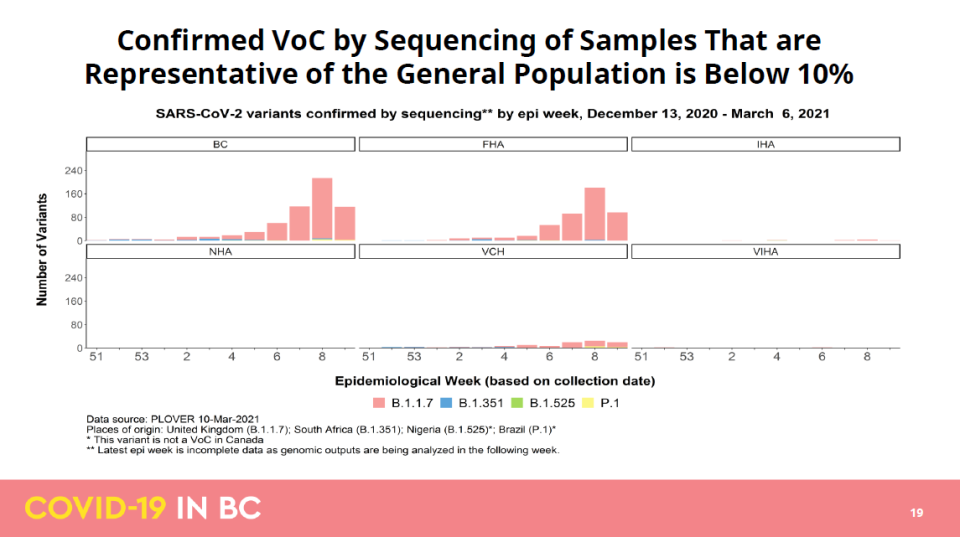 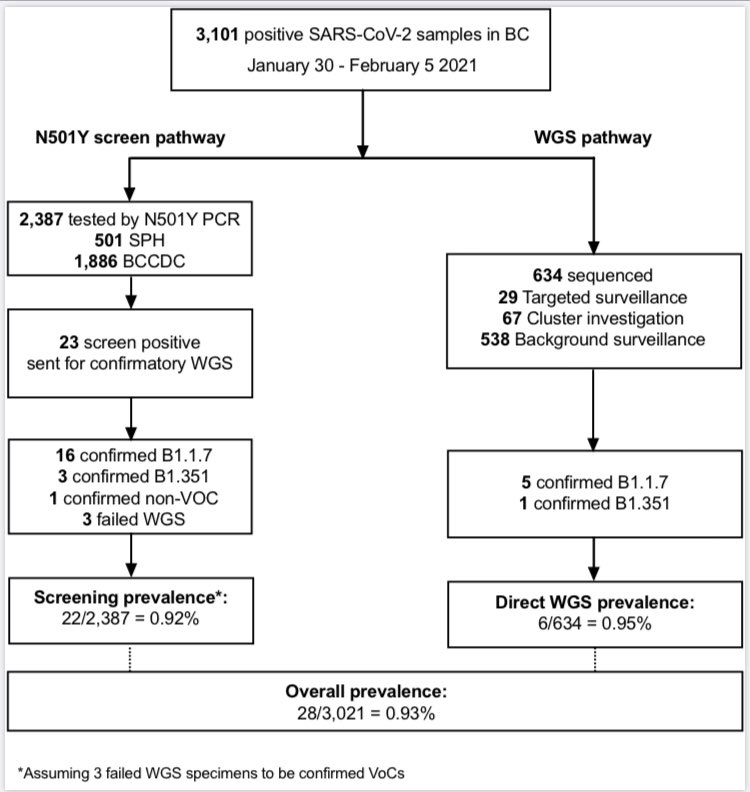 COVID-19 update coming after B.C. records most deaths in 24-hour period in over a year