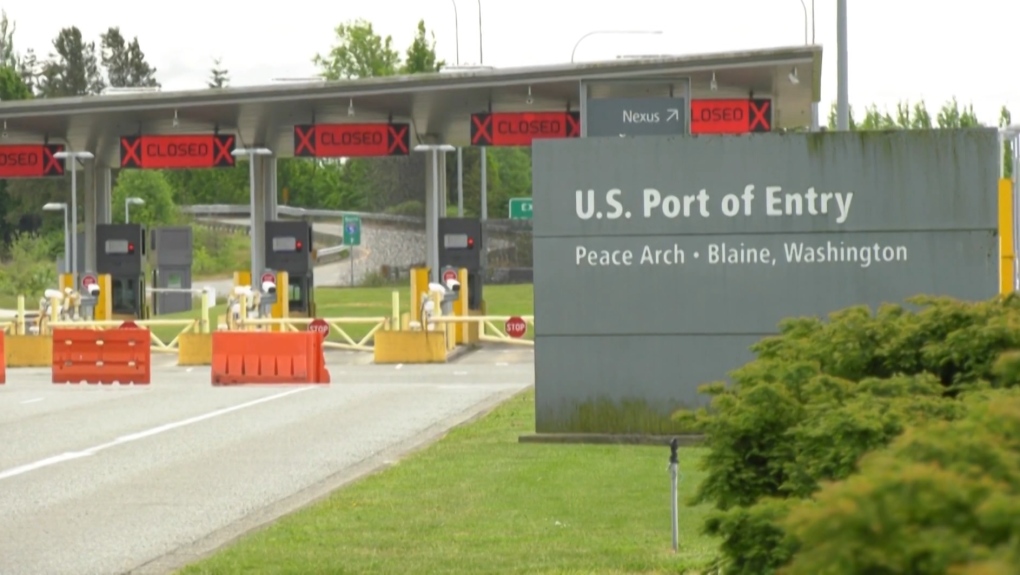 Closed lanes at the Peace Arch Border crossing are seen in this undated file photo.

KELOWNA, B.C. -- Health officials in British Columbia say they're pleased the Canada-U.S. border is expected to remain closed to non-essential travel until at least late August.

However, provincial health officer Dr. Bonnie Henry said B.C. residents should not be quick to judge anyone driving a vehicle with an American licence plate because some Canadians living south of the border may have returned to care for family.

Henry said it's not surprising anyone in that situation would be coming to B.C. given the sharp rise in COVID-19 cases in the United States, but it's important they quarantine themselves for 14 days to prevent any risk of transmitting the virus.

“I'm happy it's going till August and we'll need to, of course, make sure that we watch carefully and monitor what's going on,” Henry said Tuesday of the expected fourth extension of the border closure.

“We'll need to look at people like students who contribute to our research programs and our universities,” she said of possible considerations involving those allowed across the border, provided anyone who becomes ill in B.C. is monitored.

However, she said there shouldn't be any changes for tourists and short-term visitors.

Health Minister Adrian Dix echoed Henry's sentiments, adding the situation is “very serious in the United States” as well as in other countries, meaning anyone coming to B.C. from those areas could put residents at risk.

Henry announced 13 new COVID-19 cases, bringing the total number diagnosed to 3,128. That was followed by 62 cases announced on Monday over a three-day period.

She said the recent rise in cases is due to more people socializing when they need to recommit to the basics of keeping transmission low, including washing hands and gathering in small numbers.

“This is what is going to get us through the next year,” she said, adding she's spoken with restaurant owners and employees who say some people are arriving in groups of 20, which would increase the risk of the virus spreading.

“People need to be on their best behaviour,” she said. “It's for your safety as well as the people who work there.”

Anyone concerned about the high number of visitors to bars or restaurants should contact public health officials, Henry said.

The number of positive COVID-19 tests linked to an outbreak in Kelowna has grown to 17, she said, referring to activities linked to events that occurred in Kelowna's waterfront district between June 25 and July 9.

Those are in addition to seven people who visited the city earlier this month and later tested positive for COVID-19, triggering the health authority's alert.

Dix has said possible exposures that occurred in the waterfront district are believed to stem from private parties held around Canada Day.

That has prompted a statement from Kelowna Mayor Colin Basran urging visitors to respect Henry's advice and use appropriate “travel manners.”