B.C.'s director of police services was among subjects of criminal probe before resignation: OPP documents 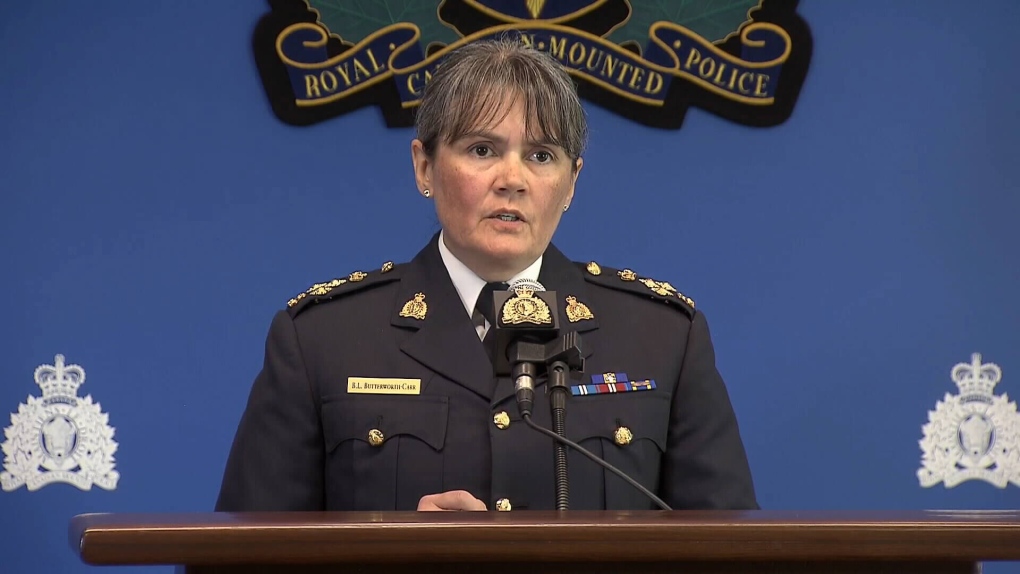 VANCOUVER -- B.C.’s director of police services was among the subjects of a criminal investigation into obstruction of justice, with officers from the Ontario Provincial Police interviewing B.C. witnesses in the case in the days before she resigned, CTV News has learned.

This week, OPP investigators travelled to this province to interview at least five witnesses in the probe, called Project Eastbourne. The project is examining the role of senior Mounties in B.C. and Alberta for their alleged role in the aftermath of the use of a stun gun against Polish immigrant Robert Dziekanski at Vancouver International Airport in 2007.

The B.C. government has denied there is any connection between the resignation of Brenda Butterworth-Carr and the OPP probe, or to the pictures that show a new appointment to the Surrey Police Board posing in a photo with Hells Angels.

“Brenda Butterworth-Carr has been an exceptional leader during her tenure,” said Public Safety Minister Mike Farnworth in a statement. “I am sorry to see Brenda leave the provincial government but I respect her decision to focus on an unanticipated personal and family matter.”

In one photo, first reported by the Vancouver Sun, police board appointee Harley Chappell wished his father Philip happy birthday, posting a photo of him wearing a Hells Angels patch. In another photo from 2018, Chappell posed with two full-patch members of the White Rock Hells Angels chapter.

Chappell, who is Chief of the Semiahmoo First Nation, has told media outlets that his father stopped being a member in 1992, and that he has no current relationship with the Hells Angels club in any way.

But the pictures prompted at least 37 complaints to provincial watchdogs from members of the public, and sparked memes spread on social media with the Surrey Police Service’s new logo replaced with the logo of the Hells Angels.

Surrey Coun. Jack Hundial told CTV News that the photos, the resignation and the criminal probe are big hurdles for any transition from the Surrey RCMP to the city's municipal police.

“Really the dramatic linkage between Chappell and his family does cause concern,” he said. “These are recent pictures we’re talking about.

“It’s such a rush to get this thing done they’re making critical mistakes, public mistakes all along this process,” he said.

Butterworth-Carr announced her intention to leave police services to spend more time with her family, after only two years on the job and in the middle of a complex transition to the Surrey Police Department.

“I am writing to advise you that after thoughtful consideration, I have made the difficult but necessary decision to leave the provincial government, and my role as assistant deputy minister and director of police services, early in the new year to focus on personal matters and spend more time with my family,” she said in a memo.

CTV News has previously reported that Butterworth-Carr was a named complaint from Project Eastbourne, along with RCMP Commissioner Brenda Lucki, and Inspector Kevin Cyr.

The complaint stems from two of the four Mounties involved in the Tasering of Robert Dziekanski in 2007. Video shows him disoriented after wandering the airport for hours, smashing a computer monitor and a table to the ground and picking up a stapler. Four officers arrive and, after about 25 seconds, use the Taser.

The explanations given at the time by Mounties were contradicted by the video. Two of the four Mounties, Monty Robinson and Kwesi Millington, were convicted of perjury, and the other two, Bill Bentley and Gerry Rundel, were found not guilty.

A public inquiry questioned the safety of Tasers and laid the foundation for the creation of another B.C. police watchdog, the Independent Investigations Office. Robinson and Rundel complained in December 2019 that they had been unfairly treated and that the Mounties hadn’t provided documents that could have exonerated two of them.

In July, Mounties referred that file was referred to the OPP. The new document indicates that Project Eastbourne is exploring three obstruction of justice allegations. Butterworth-Carr is named in the document as a “subject” in the second allegation, in her role as a now-retired Deputy Commissioner of E Division, the BC wing of the RCMP. There are at least five senior Mounties also listed.

The OPP confirmed they did the interviews, but did not name any subjects.

“We are now in the area of the province of British Columbia and neighbouring provinces,” said Staff Sgt. Carolle Dionne in a telephone interview.

This is just an investigation and none of the allegations have been proven.

All of this could be a prelude to a dramatic reshaping of police services, with potentially more to come, said SFU Criminologist Rob Gordon.

“This is a profound event that needs to be watched carefully,” Gordon said.