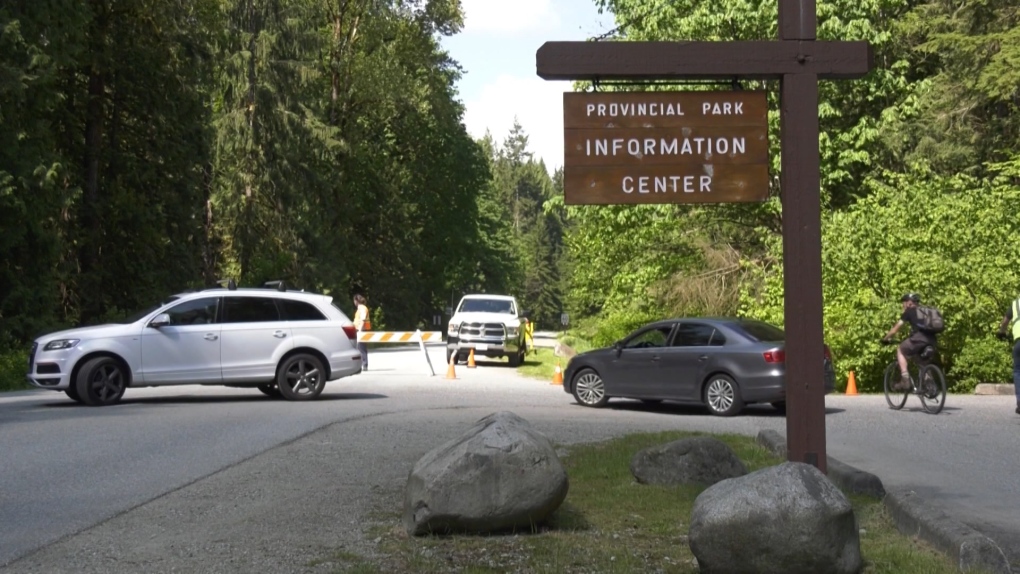 Cars were turned away at Golden Ears because the park reached its capacity on May 18, 2020.

The survey, conducted by the Canadian Parks and Wilderness Society B.C., suggest 73 per cent of those who responded want more money going into B.C.'s parks, especially as people are spending more time outside during the COVID-19 crisis.

Results from the survey also showed three quarters ranked reopening of parks as a priority in the province's pandemic response, while 94 per cent said access to nature improved their mental health.

B.C.'s provincial parks were reopened last month and some saw a significant number of visits on the first weekend as people were eager to get outside.

Golden Ears, for example, had about 40 cars lined up outside before the park even opened on Victoria Day. Roughly 1,600 vehicles had come through the main gate by about 12:30 p.m. that day, according to the operations manager.

Camping reservations also opened up last month with a record-breaking number of people booking a spot on the first day.

Ball said there were "widespread challenges" with the online reservations system.

"This, along with the new survey results, underscores the important role parks are playing in supporting communities through the current public health crisis," Ball said.

She said the BC Parks budget was cut by four per cent this year, but visitation has increased and wildlife protection has still been important.

"Decisions are being made right now about how B.C. will spend $1.5 billion in economic stimulus funding. This is a huge opportunity for the province to recognize the value of parks for the province's health, and economy," Ball said.

"Investing some of this funding into the park system to better support what British Columbians are asking for is a no-brainer, and something that will pay off in the long run."

CPAWS-BC's online survey was conducted before and over the May long weekend. One thousand B.C. residents reflecting the geographic breakdown of the province were surveyed.

Another 2 COVID-19 deaths as B.C.'s caseload continues to surge

COVID-19 exposure possible on this flight from Kelowna to Vancouver